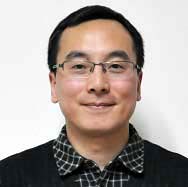 Zhou Qiang graduated from the Department of Political Science and Administration of Peking University in 1999, and then studied abroad. In 2008, he obtained his PhD in political science from Columbia University, and later served as a postdoctoral lecturer in the International Relations Committee of the  University of Chicago. Returned to work in China in 2012, he is currently an assistant professor at the School of Government, Peking University.