The dignity of a human being needs not to be compromised by any circumstance, this is the message that was brought to the Institute of South-South Cooperation and Development (ISSCAD) on Wednesday evening of 19th September, 2018 by the Secretary General for Humanitarian Affairs and Deputy Emergency Relief Coordinator in the United Nations Office for the coordination of Humanitarian Affairs (OCHA) Ms. Ursula Mueller.

Speaking to students at Peking University, Ms. Mueller explained the role of the United Nations in ensuring that relief aid and all necessary provisions are given to people affected by conflicts or natural disasters. 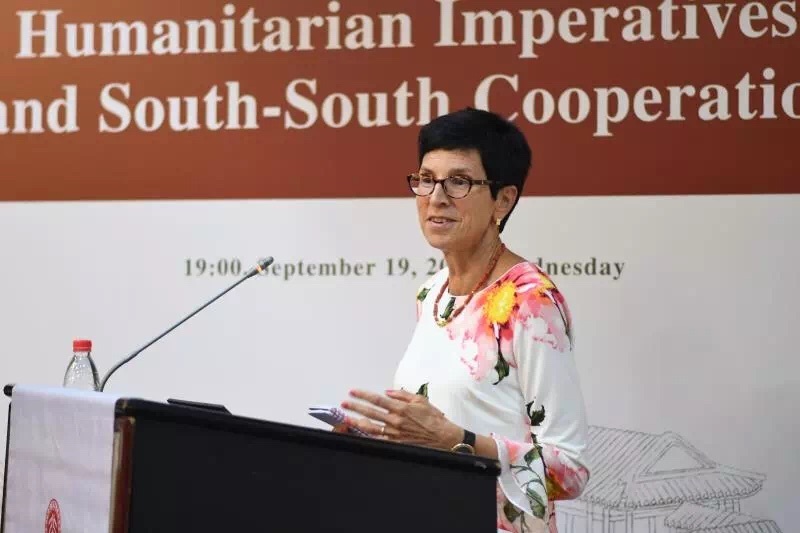 The United Nations provides food and assistance to eighty million people in eighty countries, supplies vaccines to 45 per cent of the world’s children and works with 195 nations to keep the global temperature rise well below two degrees centigrade. In reference to OCHA, she explained that the organ of the UN was established in 1997 in order to respond to human crisis such as famine. 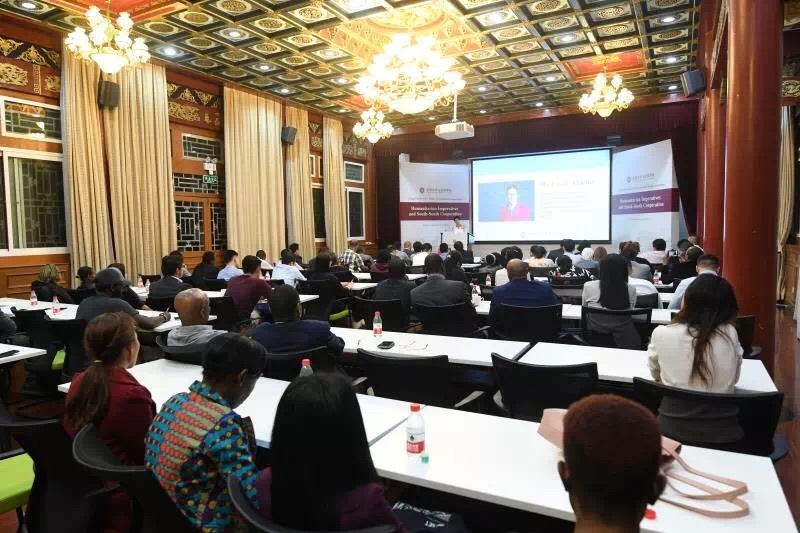 Among the success stories, she cited the severe famine that prevailed in some countries in Middle East and parts of Africa where over 20 million people were saved from hunger crisis due to UN immediate response.

In reacting to the world’s conflicts, Ms. Mueller highlighted that sometimes it is difficult to predict crisis like typhoons that affected part of China and act before the unthinkable occurs. She also cited wars that have rocked some countries that they need political intervention for the situations to normalize. 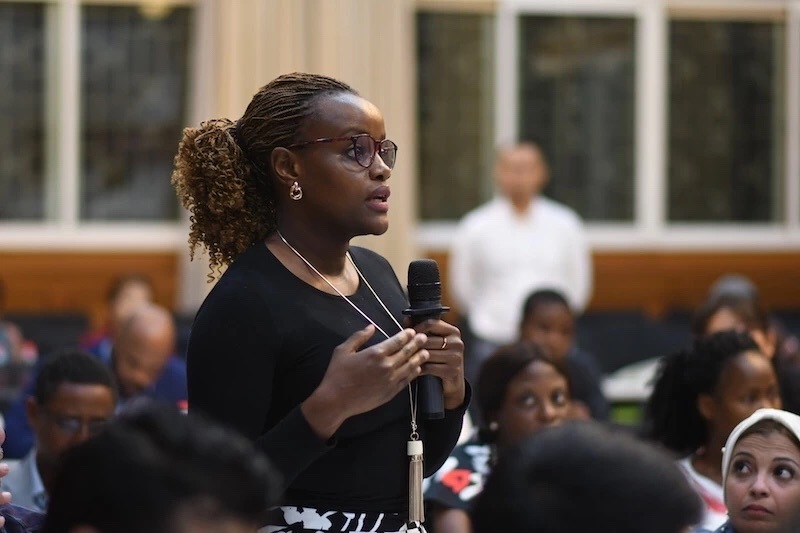 Speaking on behalf of ISSCAD was Academic Dean, Professor FU Jun welcomed Ms. Mueller to ISSCAD and thanked her making a historical visit to the institute. 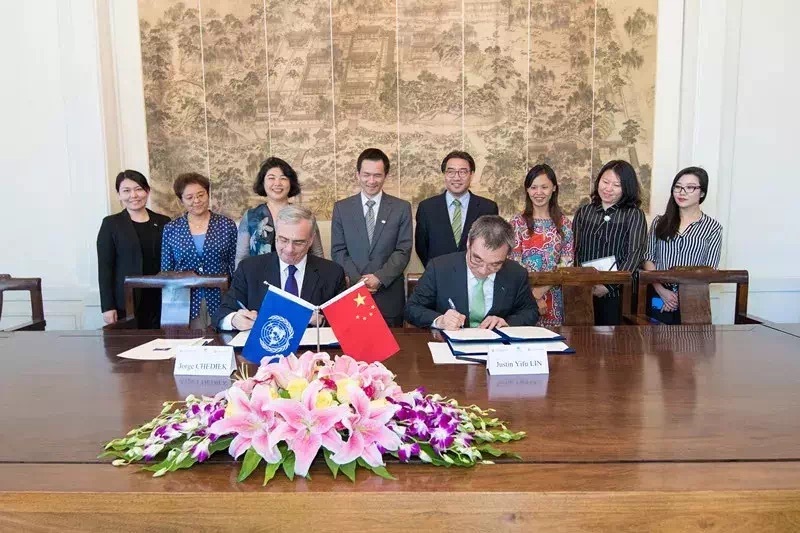 Prof. Justin Yifu Lin, on behalf of ISSCAD, and Mr. Chediek, on behalf of UNOSSC, signed a Memorandum of Understanding On June 1, 2018.