ISSCAD Alumni | Omole: China has many lessons for Africa 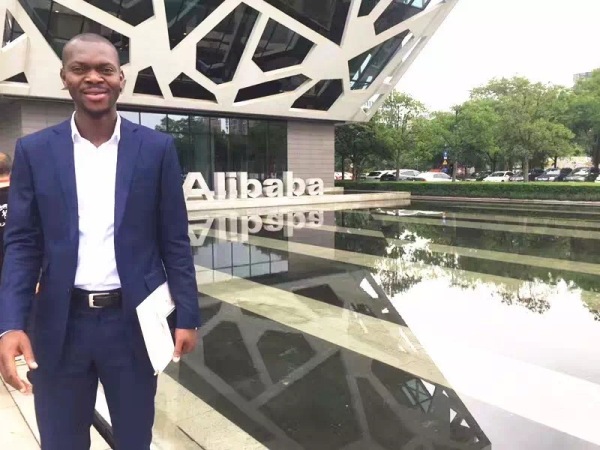 I will first and foremost make it categorically clear that I am astonished about China's economic growth and transformation. I say this because in 1960, the per capita GDP of some African countries was higher than that of China but today China, not by happenstance but by sheer determination, has become a manufacturing hub and the second-largest economy in the world. This is an important lesson for other developing countries, particularly in Africa — economic growth is not "rocket science," it can be achieved by concerted effort and collective action guided by the pursuance of sound economic policies tailored in line with individual countries' circumstances. My experience in China has proven that a vast population, challenging geographic location, and lack of natural resources are not sufficient reasons for a nation to remain backward.

I arrived in China in September 2016 and my trip was not only my first to China but to the Asian continent. I made up my mind to study Public Administration and Development Policy at the Institute of South-South Cooperation and Development (ISSCAD), Peking University in China, because back in Nigeria, China makes headlines for one landmark development after another other. If it's not reporting about China's increasing manufacturing base as the world's factory, it would be probably about China's revolutionary financial technology or space exploration. All these stories and the approach of China to economic development culminated in my decision to accept an offer to study at the graduate level in China. 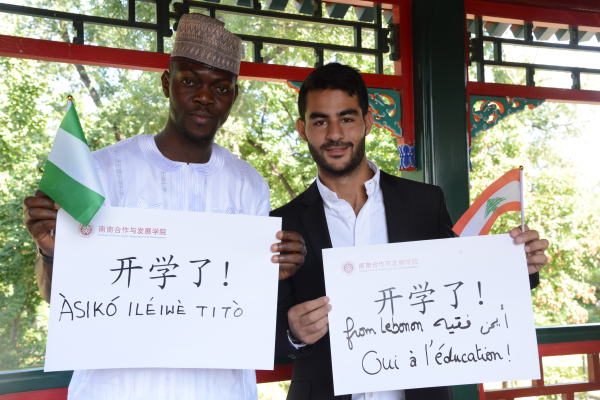 My Chinese experience both in the classroom and on the field was really an eye-opener. In my view, China's economic development seems to be that of experimentation and gradualism. In China, economic liberalization means "crossing the river by touching the stones." This is in sharp contrast to the "big bang approach" many countries adopted. The Special Economic Zone strategy is a case in point. The Special Economic Zones of China which kicked off in 1978 were used to test economic and trade policies that would then be replicated in other parts of the country because the pioneer zones recorded landmark success. I also learned that China pursued economic development policies that were in line with its comparative advantage. For instance, because China is a populous country with a large labor force, the country focused on labor-intensive sectors and developed economies of scale in manufactured goods which enhanced the competitiveness of its products. This in my view, is what many other countries must strive to achieve by adopting engines of growth that are in line with their comparative advantages and natural endowments. This is what I refer to as a "common sense" economic policy which made a country as vast as China survive business cycles and grow dynamically while many other countries suffered economic slowdown and recession. 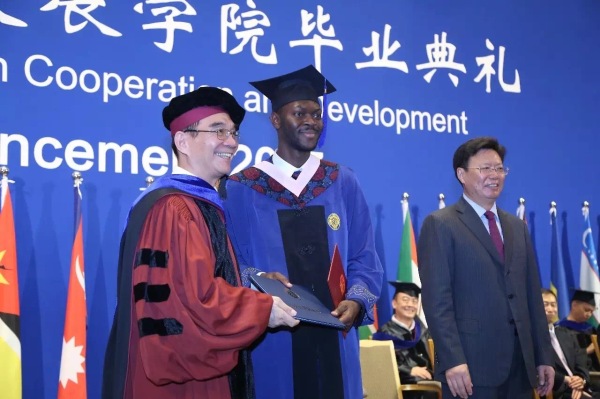 Max Weber, one of the greatest philosophers that traversed the face of the earth, envisaged that a state must be powerful. China is an example of a powerful state. China has the capacity to push through its policies, programs, and projects. In many developing countries, the inability of a state to concentrate power and forge collective action in order to pursue its own policies and agenda is a major impediment to economic development. So in China, I discovered that power is significantly centralized. Although considerable power is devolved to sub-national governments, the central government's regulations and authority, to the best of my understanding, are both felt and broadcast throughout the nooks and crannies of the society. Further to this, which is also related to a powerful state, is the ability of the government to mobilize tax revenues. This fulfills the second leg of the thought of the great political economist Adam Smith, who in his wisdom believes that a state must be able to guarantee the security of lives and property of its people and provide social services, which is sustainably possible if only a state can mobilize tax revenue. 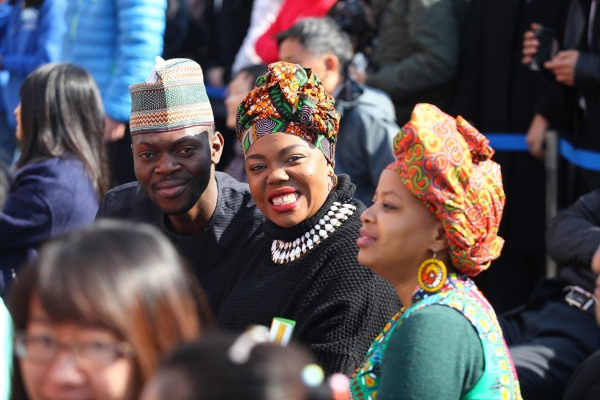 Many leading thinkers have given their expositions about what is expected of any government in the process of economic development. In China, I discovered that the government prioritizes non-fiscal incentives over fiscal incentives, which is in sharp contrast to what is obtainable in many other societies. This means China's roads and highway networks are ones that I describe as "zero pot-hole roads." In all of my travels across several cities in China, I feel a sense of zero-tolerance for deplorable roads. Apart from the good roads are the modern seaports, state-of-the-art subway connectivity, stable electricity and expansive airports. This reduces transaction costs and the bottlenecks to doing business, and in my view, this is what countries must put in place to attract much needed foreign direct investment. This is key to competitiveness, and I have been able to see the reason why China attracts more foreign direct investment than any other developing country in the world. This is also more economically sensible than all kinds of tax exceptions and fiscal incentive measures adopted by many developing countries to attract investments instead of constructing an attractive hard infrastructure to unleash economic potential.

I am also very impressed with China's human capital. Each time I see the high rise buildings that dot China's landscape and other gigantic engineering projects, I ask myself how it is possible. I began to get answers to my questions each time I hibernated at the university library for quiet study. The majority of the students have their markers with them and I noticed that they read line by line from the forward to the appendix. So I conclude that education is very important and a skilled labor force is a sine qua non to economic development. I think developing countries, particularly the ones in Africa where a huge percentage of the population is below the age of 35, must invest enormously in education and give educational institutions, particularly research institutions, relevant and necessary support.

China is gradually rebalancing its economy by according high importance to services and stimulating consumption by opening up new opportunities and connecting districts still in the process of catching up. This is in line with the economic wisdom that technological innovation and industrial upgrading are the keys to economic development. In the sprawling innovation districts of Shenzhen; Zhongguancun, Beijing; and Binjiang, Hangzhou; which I visited, I learned that China is now creating its own technology with the recognition that government policies must be "painkillers" and flexible in their support of the growth of new enterprises. So it is not surprising that China is home to many start-ups, incubators, accelerators and community-like ecosystems churning out inventions and disruptive technologies.

I also discovered that China has been able to put in place a predictable and stable macroeconomic environment as well as a consistent policy environment, which are necessary to attracting and retaining investments. In many developing countries, the absence of a stable macroeconomic environment, particularly a stable exchange rate, is why the "Lucas Puzzle" has taken root in those economies whereby there is a dearth of foreign direct investment but more portfolio investment. Governments will greatly benefit if they come up with special policies that would guarantee macroeconomic stability and coherent policy consistency for a long period of time. China's officials to the best of my knowledge are highly competent. In essence, there is a high level of competency and meritocracy on the part of officials, the round pegs in round holes that have been able to drive China's modernization and transformation. 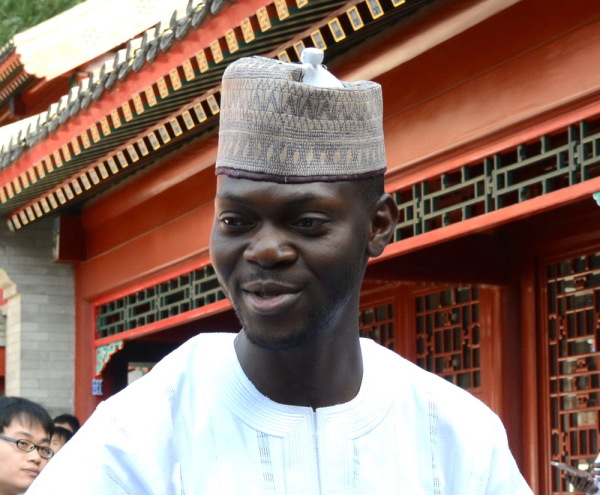 According to Adam Smith, the wealth of nations comes not from precious metals but from a deep division of labor. Therefore, if there is one thing that the government of many developing countries must learn from China, it is setting up agglomeration, clusters, export-oriented capabilities, and special economic zones to boost its manufacturing. Further to this, state capacity, relevant infrastructure, and talent cultivation are crucial to economic growth and development. There is no doubt that corruption clogs the wheels of economic development. Many countries have suffered and stagnated because of endemic and grand corruption. In fact, some societies have earned the title of "kleptomania states" or kleptocracies because the benefit of corruption outweighs its cost. In China, I read in newspapers how high-level cases of corruption are severely punished, serving as a deterrent to others, thereby making grand corruption an unattractive endeavor. This is in contrast to what rears its ugly head in many developing countries, where huge amounts of public funds end up in private pockets and the administration of justice is particularly slow in such a manner that the proceeds of corruption are almost never recovered. Many countries must learn from this so that funds meant for providing public goods and other social services do not end up in private pockets.

My reflection is mostly concentrated on economic development and what other countries can learn because only sound economic policies create wealth and break the scourge of abject poverty. Consequently, I think China has come to understand that government must play a facilitating role in the process of economic development: not too powerful in the allocation of resources and not too limited. The government has positioned itself as a key regulator, enabler, and catalyst to promote shared prosperity.

I have gained tremendous experience and I am happy to have learned China's model of economic development which I can juxtapose with other mainstream models. Although there is no one-size-fits-all developmental policy, the lessons learned will enable me to make positive contributions toward the development of my country.

The author is a special assistant, Office of the Vice President, Nigeria.