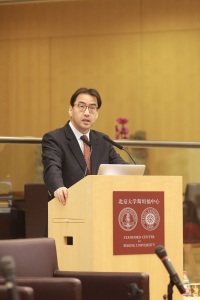 “Just as China has learned a great deal from but did not mechanically copy the practices of advanced economies, nor do we want other developing countries to copy China mechanically.”

At a new crossroads of globalization, China’s commitment to building a community of shared future for mankind has created new opportunities for the international community, especially undeveloped and developing countries, to join hands and develop together. How to expand and deepen the Sino-African cooperation against the globalization? 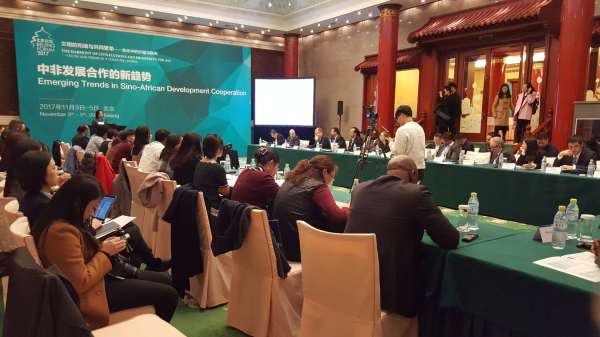 Prof. Fu Jun and African officials studying at the Institute of South-South Cooperation and Development (ISSCAD) attended panel sessions of Beijing Forum 2017 and discussed over the emerging trends in Sino-African cooperation with scholars from Center for African Studies at Peking University, Mac Millan Center for International and Area Studies at Yale University, etc. 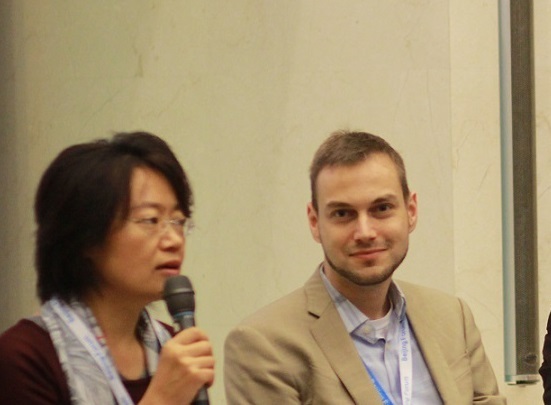 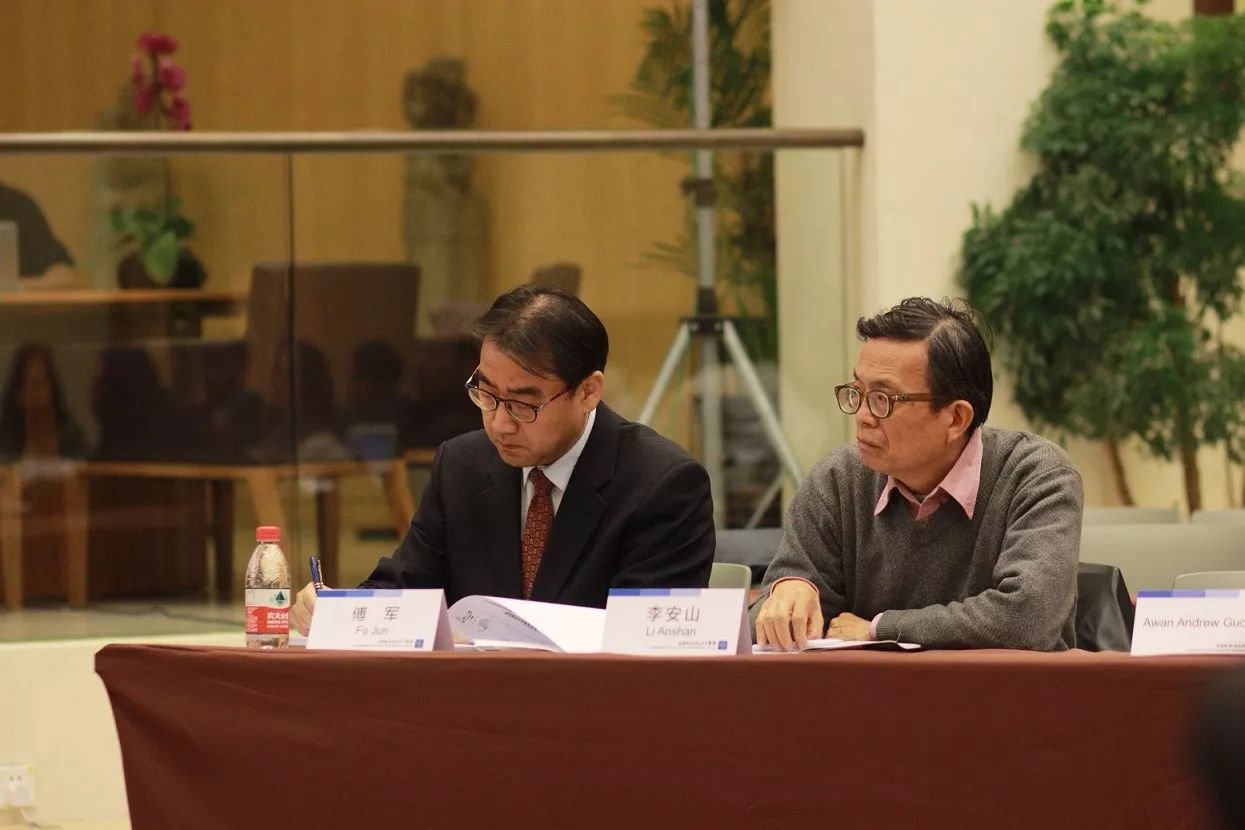 The Belt and Road Initiative

Prof. Fu Jun addressed that the Belt and Road Initiative has echoed the world’s calling for more equitable, inclusive and sustainable development. China and African Countries are at closer stages of development where they may stand a better chance to find more affordable technologies or fitting growth models from the Chinese experience.

Prof. Fu Jun pointed out that, "Interconnectivity means not only physical but also institutional and ideational." Though African countries like many other developing countries now urgently need to develop physically, the latter two dimensions are more fundamental as sources of growth.

The evolutionary approach through policy experiments, particularly in the form of special economic or free trade zone has been one of the defining features of Chinese reforms and opening-up. Though initially on an experimental basis and under conditions of complexity and uncertainty, the policy experiments became successes and quickly turned themselves into attractive models for the rest of the country to emulate.

Prof. Fu Jun emphasized the importance of cross-cultural learning for the success of long-term cooperation between China and Africa. According to him, though China has rolled out an impressive outlay of overseas institutions in the form of "Confucius Institute", there is growing need for the exchange of a border concept of Chinese culture of the "triple helix" of the relationship between governments, businesses, and universities. 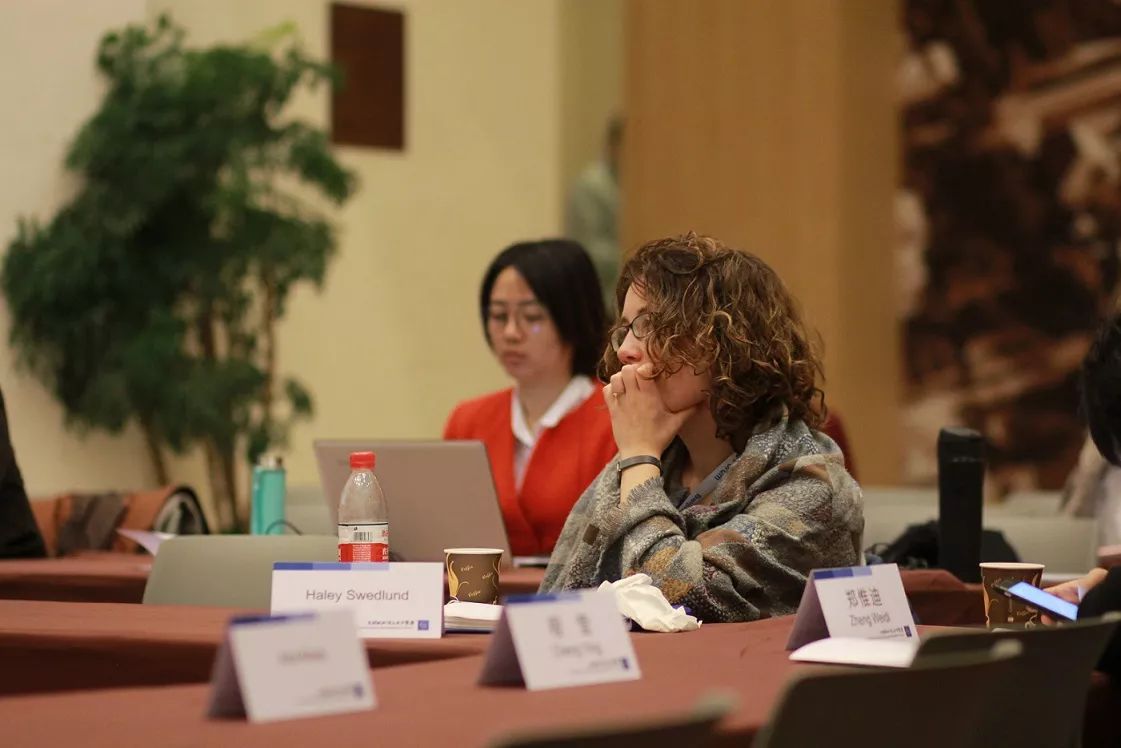 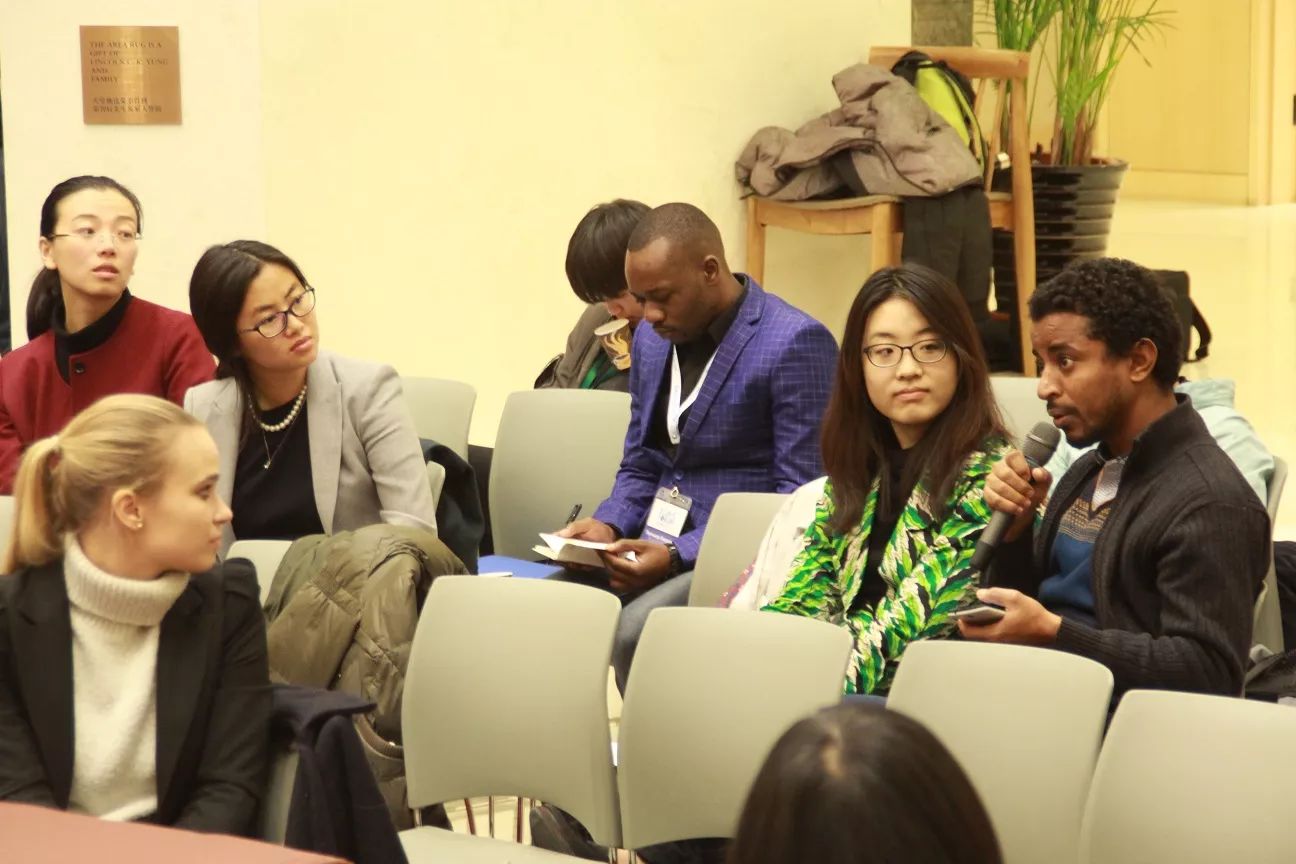 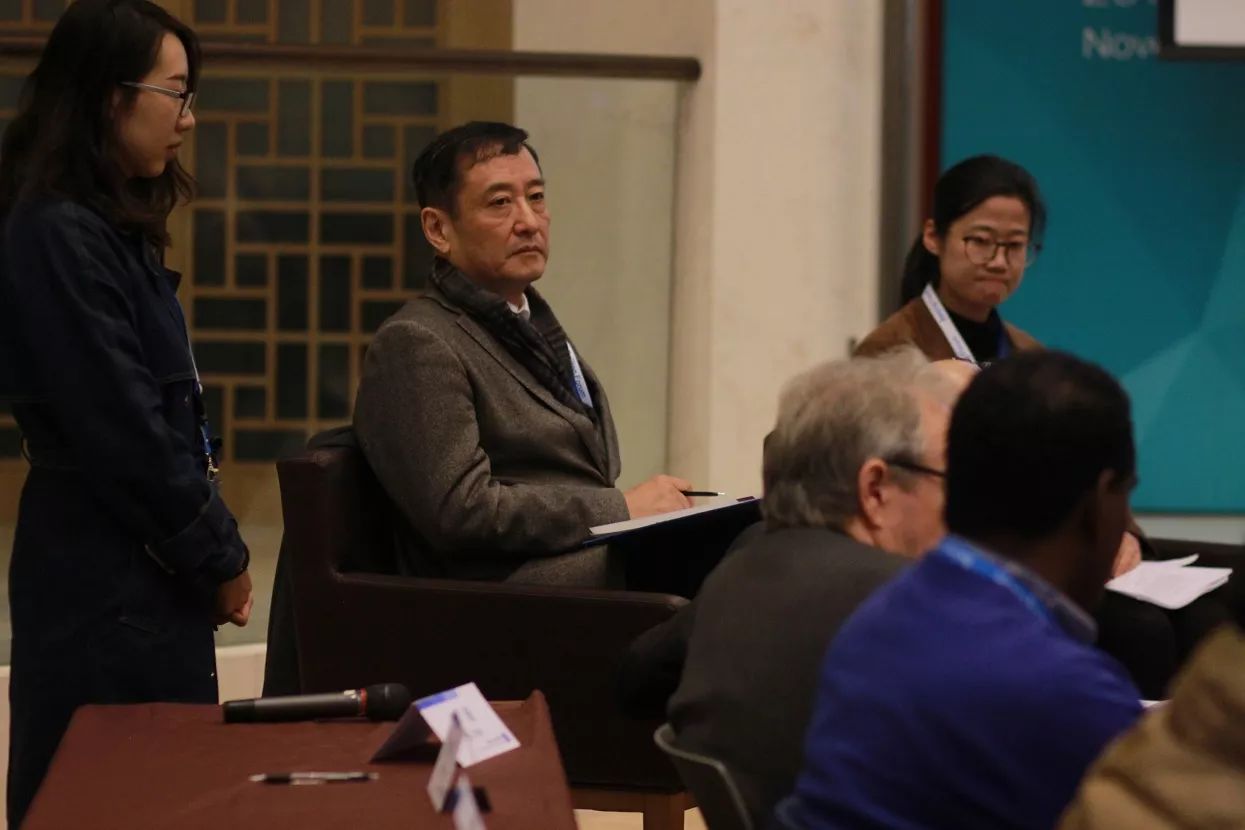 Photos of the panel sessions→

Based on the above viewpoints, Prof. Fu Jun introduced the Institute of South-South Cooperation and Development at Peking University-"an educational program initiated by Chinese President Xi Jinping for China to share knowledge and experience of national development with other developing countries". According to him, the core of the curricula is systematic and semester-based courses taught by prominent professors in their respective fields to help students learn both in terms of conceptual clarity and managerial skills.

Prof. Fu Jun especially noted that: "Just as China has learned a great deal from but did not mechanically copy the practices of advanced economies, nor do we want other developing countries to copy China mechanically. Eventually, our graduates must think independently and act responsibly. For any successful policies or strategies of national development ultimately would have to be made sensitive to the local conditions of their own respective countries." Awan Riak is a Doctoral candidate of ISSCAD and the Former Minister in the office of the president of the Republic of South Sudan before entering the program. According to Awan, many African countries have been associated with underdevelopment, backwardness, poverty, diseases, high illiteracy rates, corruptions, conflicts and civil wars. However, the rise of China to be one of the global economic superpowers and its offers of cooperation with Africa seem to have procreated new hopes among many African countries. Awan also said that the reforms and opening-up policies with Chinese characteristics have made China one of the global economic superpowers while improving the livelihoods of many Chinese people through hard work and innovations. 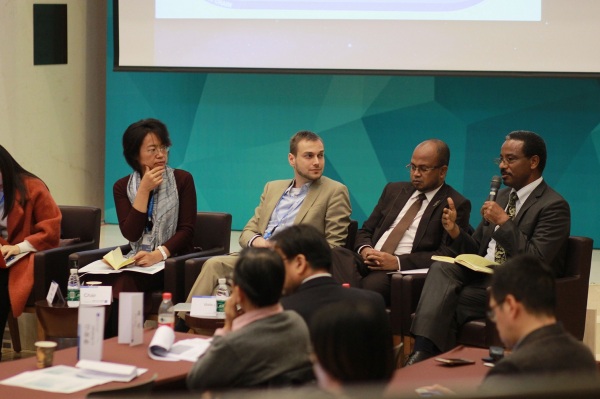 Ethiopia sent a number of senior officials to study at the Institute of South-South Cooperation and Development, showing the importance the country attaches to understanding and analyzing China's development model. Dilamo Otore, head of the Addis Ababa Trade Bureau, demonstrated the necessities of China-Africa Cooperation, from the perspective of public’s demands.

He stated that African countries’ demand for development came from the public instead of the government side. He pointed out that, the Sino-African corporation has been, and will always be demand-oriented, and responding to this demand will be the contribution to the governance. Furthermore, China-Africa cooperation covered varies aspects, including economy, society, security, diplomacy, and culture. Compared to the traditional trade modes between Western countries and African countries, China has offered more friendly trade modes without any preconditions, and this could be seen as a significant paradigm shift. 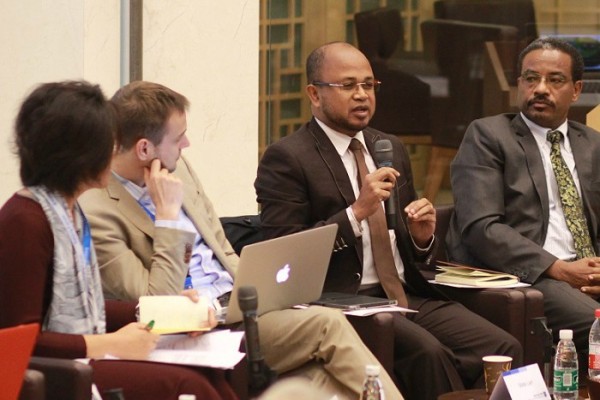 According to Solphi Joli Hamelo, Ministry of Water, Sanitation, and Hygiene/High Technology Institute at the University of Toliara, the cooperation between China and Madagascar is still at its preliminary stage due to a lack of major projects. To seek for new cooperation opportunities between China and Madagascar is one of his purposes of studying at the Institute of South-South Cooperation and Development. Meanwhile, Solphi also underlined the importance and necessity of culture and knowledge exchange in the new cooperation among nations.