Mr. JIN Xu: Persist in Cooperation and Opening Up, and Pay Attention to Changes in International Situations - Institute of South-South Coope 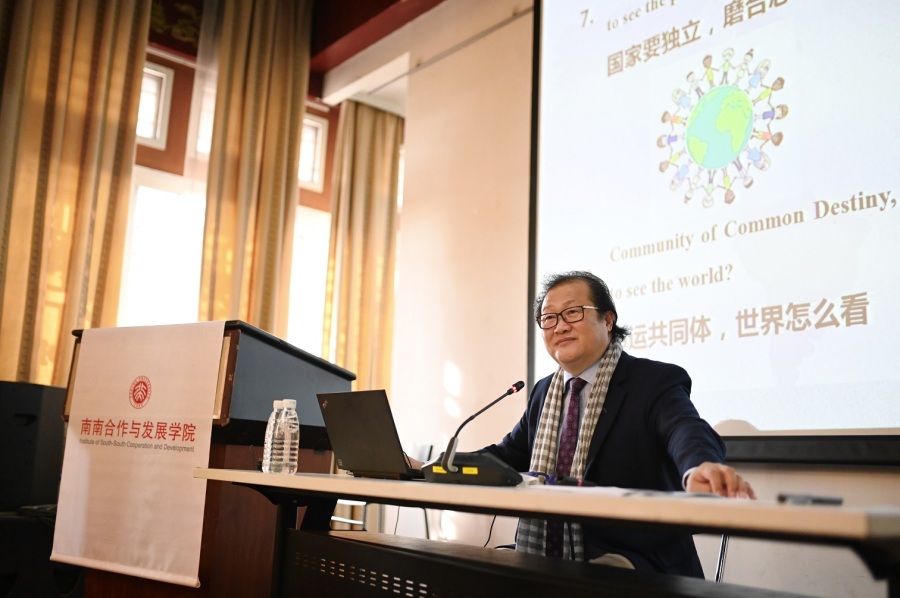 On October 18, 2019, as a part of the China Immersion Program, a lecture on "Persist in Cooperation and Opening Up, and Pay Attention to Changes in International Situations" was delivered by Mr. JIN Xu, Chairman of China Association of International Trade. The lecture was hosted by Professor FU Jun from ISSCAD. With his years of research and work experience regarding China's international commerce and diplomacy, Mr. Jin undoubtedly delivered an informative lecture for ISSCAD students to gain a deeper understanding of the everchanging international situations that China is facing today. 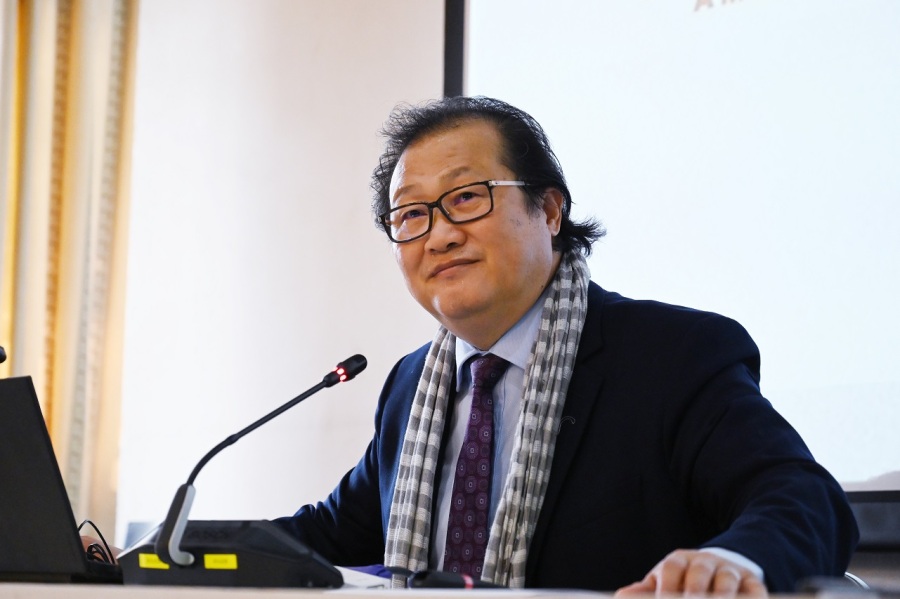 To begin the lecture, Mr. Jin presented a metaphor about fishing to describe the recent challenge posed by the US for China. He told the students that, 35 years ago, he participated in several training programs in Europe on how to promote trade and export in China. Now China is the largest exporter and trade party in the world. Mr. Jin considered this process of learning from the developed countries as learning how to fish. However, despite the great success that China has achieved, some of the countries that taught us how to teach are requesting China to buy their fish, instead of fishing for our own. Yet China, now as the second largest economy in the world and the largest manufacturing country, of course wouldn’t so easily relinquish the legitimate right to fish for its own and maybe export some of the fish to other countries. This conflict between China and countries such as the US has caused trade wars and some significant changes in international relations. This metaphor proposed by Mr. Jin precisely explained the recent trade wars that China got involved. As serious as the situation may seem, Mr. Jin maintains a positive attitude, telling the students that both the US and China are trying to solve this problem as soon as possible for their own good.

Apart from the US-China trade war, Mr. Jin also mentioned some other problems that students need to pay attention to regarding China’s international trade and diplomacy. He reminded the students to think about how the Union reacts to Brexit, how the neighboring countries respond to China’s industrial transfer, how China should deal with the cultural differences in its diplomatic policies, what WTO should do after the US’s withdrawal, how should countries seeking independence gain support from other countries, and what the world should do as a community of common destiny. Mr. Jin invited several students to share their opinions on these topics. Many students raised their hands to express their gratitude for China’s help to their countries and strong wishes to learn from China’s experience. As the US-China trade war remained a hot topic, some students also commented on this issue, believing that the developing countries should learn from the applicable experience in China’s development, including how it deals with challenges like this.

Besides these discussions, Mr. Jin also drew the students’ attention to the recent Hong Kong riots. He believed the riots happened because young people in Hong Kong are ignorant of China’s history and the mainland’s continuing support for the city’s development. As the riots were obviously supported by some foreign forces, Mr. Jin said activities such as the National Day Parade were necessary for China to show its identity to the world and gain respect from other countries. He invited some students to share their feelings about the parade. Not only the Chinese students but also the foreign students think that the parade is important and agree that the development of China is beneficial both to the country itself and other developing countries.

Finally, Mr. Jin ended this 3-hour talk by inviting all the students to say “Me and My Motherland” in Chinese. Through this talk, the students are not only informed with the latest changes in China and throughout the world, but are also inspired by Chinese people’s care about the country, its future and its place in the world.