Beijing, People’s Republic of China (December 4th, 2019)– Asian Development Bank (ADB) President Mr. Takehiko Nakao and his team visited the People’s Republic of China to reaffirm partnership and commitment to development. After meeting with the Vice Premier Mr. Han Zheng the previous day, Mr. Nakao and his team paid a visit to the National School of Development (NSD) and the Institute of South-South Cooperation and Development (ISSCAD) and had a roundtable discussion with high-level academics on Asia’s road to development. 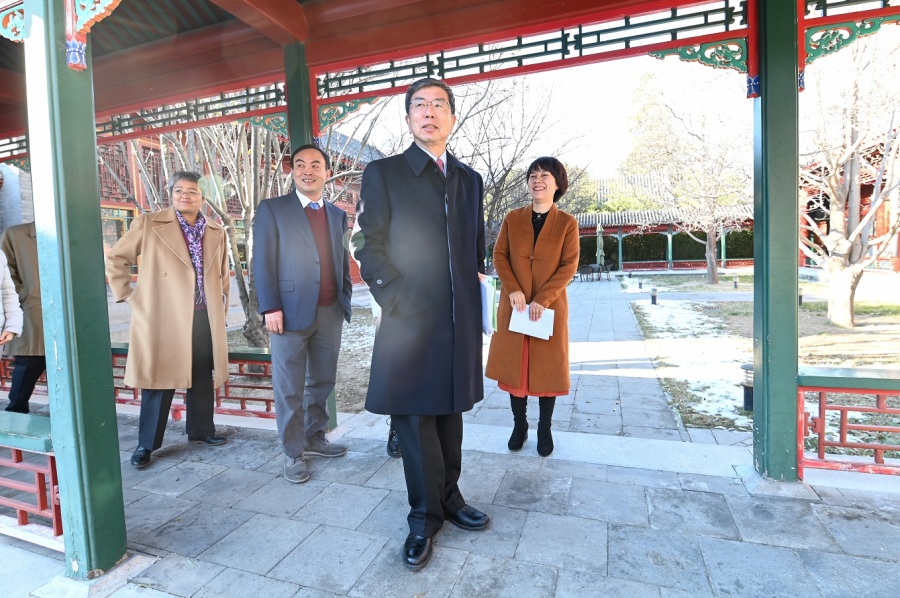 The National School of Development founded in 1994 prides for its rigorous academic inquiry and aims to tackle the most complex challenges in the developing world while the Institute of South-South Cooperation and Development, an affiliating institution with NSD, established in 2016 after the formal announcement of President Xi Jinping at the High-Level Roundtable on South-South Cooperation at the 70th Anniversary Celebration of the United Nations in New York in 2015, aims at building a world-class educational institution to train high-calibers from public sectors as well as a vigorous knowledge-sharing platform among developing countries. 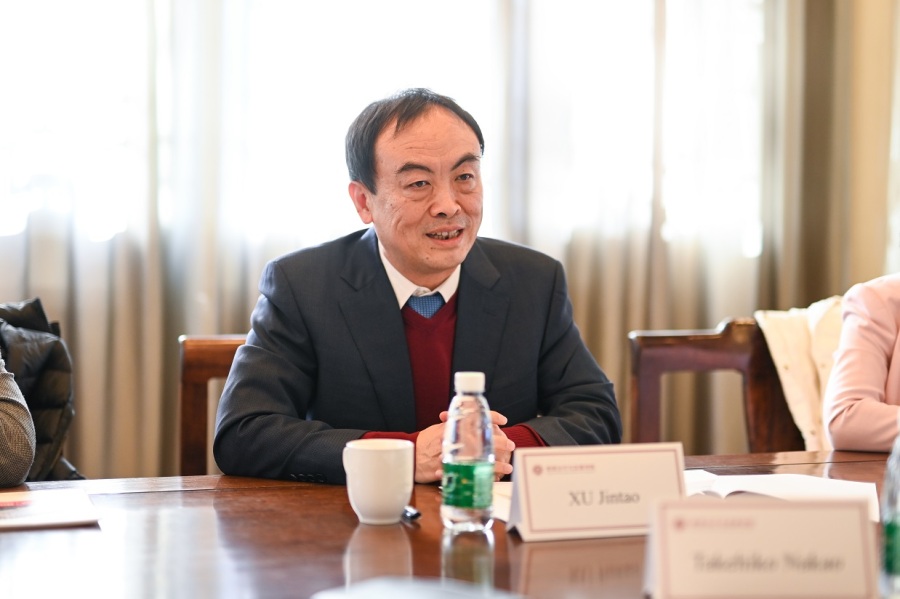 Professor Xu Jintao, the Associate Dean at NSD hosted the roundtable discussion. Mr. Nakao first shared his views on Asia’s economic success in the past 50 years. Right after the Second World War, the Asia and Pacific Region was the poorest region in the world, now it has emerged as a center of global dynamism. The increasing share of the working-age population, favorable geographic conditions, paired with rapid technological progress and globalization in recent decades, are all contributing factors to the current success. Mr. Nakao mentioned that regardless of the above-mentioned external factors, Asia’s success essentially relied on markets and the private sector as engines of growth. 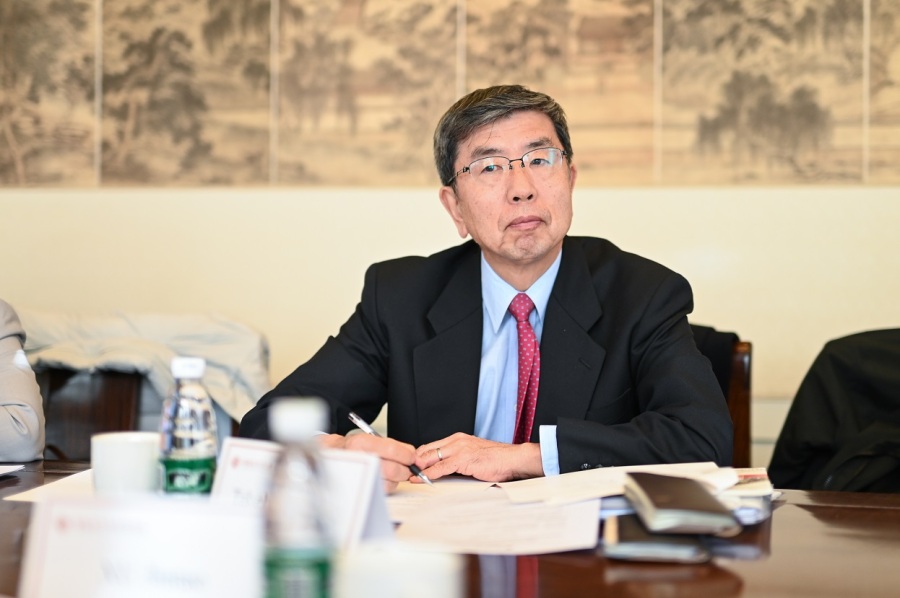 Mr. Nakao then posed the questions to the professors, “what are the driving forces of China’s continuous growth?” Attending professors shared their unique perspectives and draw insights from their research areas. Professor Zhang Xiaobo concluded that success is mainly due to a combination of some foundational factors and policy intervention. Back in the 1990s, China has a large group of abandoned labor and a huge domestic market. Additionally, a high fraction of the population is working-age labor force, which brings energy and high productivity to economic development. On the policy side, Deng Xiaoping initiated the reform and opened up China to the international market, the marriage between the international market and abandoned labor truly incentivize entrepreneurship. In the meantime, China also launched the rural and fiscal reform, which laid a solid foundation for developing private sectors and in many cities in China, we can easily find mayors act like entrepreneurs. 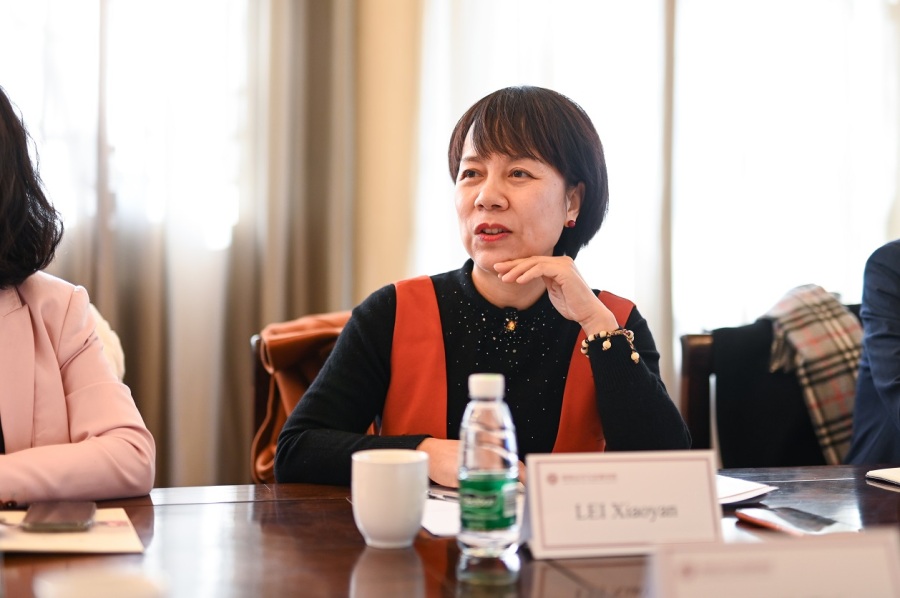 Professor Lei Xiaoyan, an expert in labor economics and aging issues, echoed with what Professor Zhang Xiaobo said and added that the rapidly aging population is posing more complex challenges to future economic development. By 2025, China will enter into an aging society and face a serious labor shortage, which would essentially change the nature of work and companies need to invest in artificial intelligence and equipment. Government officials need to react accordingly and redo the retirement policy, train older workers to adapt to new technologies. The new challenges bring a higher level of requirement for public coordination. Professor Xu Jintao, Shen Yan, and Wang Min also shared thoughts based on their research experiences and expertise. Both parties enjoyed the intellectual conversation on Asia’s road to development and enthusiastically discussed the way forward. 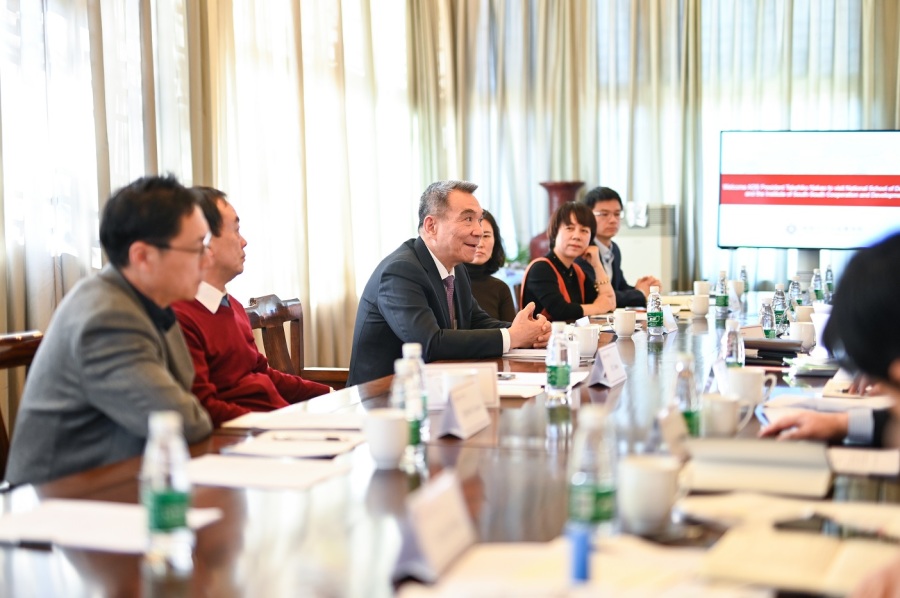 Professor Justin Yifu Lin, the founder of the NSD and also the Dean of ISSCAD, later joined the conversation, shared his opinions on the East Asian success and his commitment to using knowledge to serve the developing world. Both Mr. Nakao and Professor Lin brought up the Washington Consensus, Professor Lin pointed out that instead of seeing the Washington Consensus as the end, it should be only treated as ways to an end. The central insight of Professor Lin is that developing countries are qualitatively different from developed ones. To understand the challenges of under-development, policymakers and development banks need to understand how the structure of employment and production – in particular, the large gaps between the social marginal products of labor in traditional versus modern activities – is determined. Particularly, how the obstacles that block structural transformation can be overcome. To conclude, Professor Lin thinks that we need to go beyond conventional ways of success, some so-called international best practices may not apply to some countries. 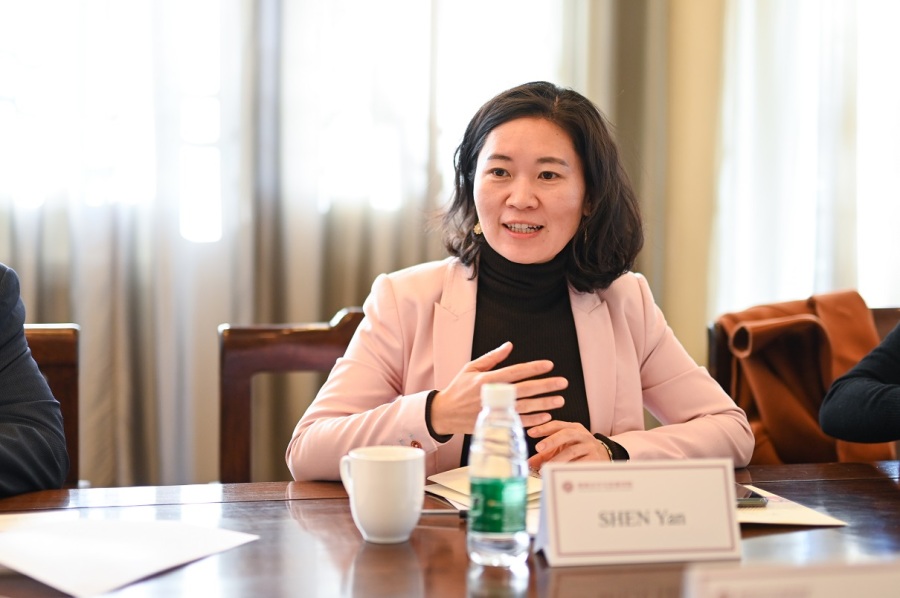 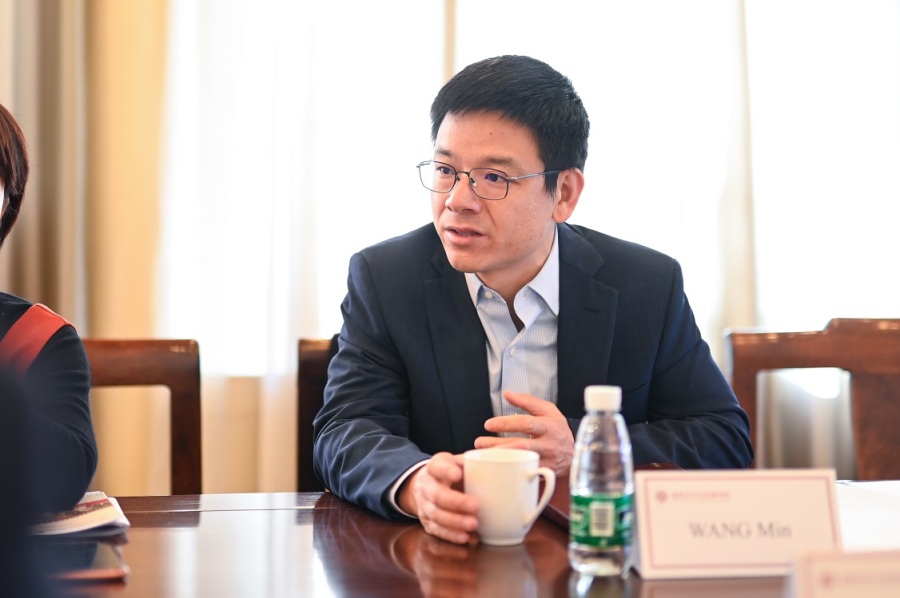 During the two hours of intense intellectual output and exchange, Mr. Nakao and the ADB delegates appreciated NSD and ISSCAD’s commitments to serving the developing world with knowledge and train the top-notch economic talents. In the meantime, ADB restates its commitment to achieving a prosperous, inclusive, resilient, and sustainable Asia and the Pacific, while sustaining its efforts to eradicate poverty and looking forward to future conversation with academics at these two Institutions.

Since the founding of ISSCAD in 2016, the institute has hosted several high-level officials from ADB as guests in its speaker series, including Mr. Woochong Um, Director General concurrently Chief Compliance Officer, and Dr. Yongping Zhai, Chief of Energy Sector Group, Sustainable Development and Climate Change Department. The students from ISSCAD have been very keen to attending the speakers’ series and deeply appreciated the access to such impressive guests with rich practical experience in the development world. For the next stage, the NSD and ISSCAD are excited for more knowledge exchange and intellectual dialogue with ADB.