On the evening of May 16, 2021, the National School of Development at Peking University (hereinafter referred to as NSD) held the 152nd Langrun Gezheng Forum, which focused on the challenges and social concerns such as population aging and declining fertility rate. Five scholars from the NSD talked, on the basis of The Bulletin of the Seventh National Census released on May 11, on aging and population policy, aging and social security policy, changes in China's demographic structure, aging and economic growth, as well as healthy China facing the challenge of aging. The forum also saw a round table discussion held and questions from the audience and the media answered. 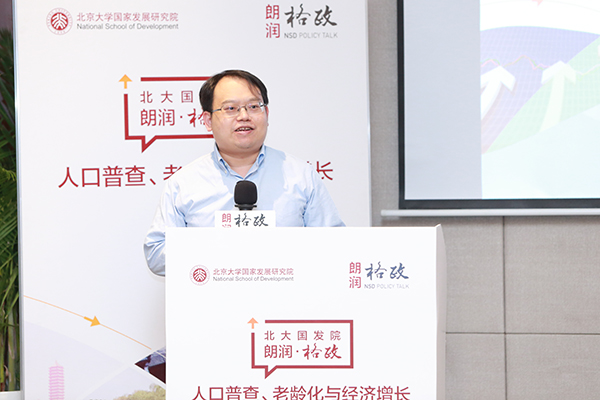 Professor Xiaoyan LEI started by interpreting China's population development trend according to the data changes. She argued that, with the declining of rural and urban fertility rate and willingness, China's newly-born population is decreasing while the existing population is aging rapidly. That has led to the decreasing working age population and the rising dependency ratio. She suggested that China fully liberalize childbearing while trying to reduce the cost of childbearing, parenting and education for families. Professor Yaohui ZHAO talked about the impact on the pension system according to the latest census data. She believed that we need to change our thinking, that is, to implement "accumulated personal accounts" as the gradual reform of compulsory co-ordination in pension system in the past 20 years has met severe challenges with the accelerating aging. At present, the scale and order of the capital market have made great progress, which can ensure the capital security and investment return of individual accounts. 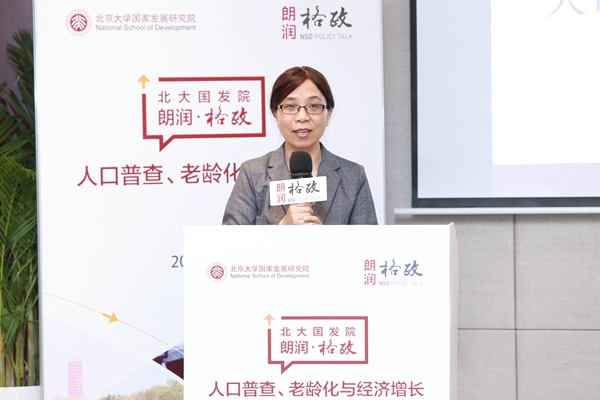 Associate Professor Junni ZHANG focused on the changes of China's population structure. She made a prediction, based on the current total population, fertility rate, as well as related constraints and models, of China in 50 years. She said that China has slightly lower proportion of children and higher proportion of the elderly than Japan. She advised that the policy should be focused both on the elderly and the young, and that women of childbearing age be concerned about for the happiness of life. Assistant Professor Bo ZHAO focused on the challenges and opportunities brought by the aging population to economic growth, and analyzed them from different perspectives such as labor supply, capital accumulation and total factor productivity. He noted that the aging population had offered not only challenges to economic growth, but also opportunities for reform, including liberalizing birth restrictions, attracting foreign investment, increasing investment in innovation and education, upgrading the service industry, and avoiding premature deindustrialization. 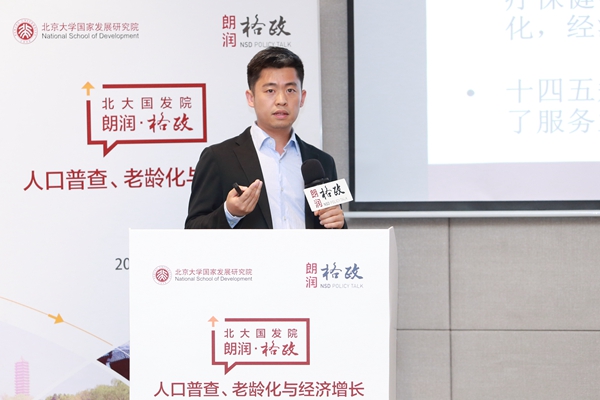 Professor Gordon Guoen LIU looked at people's healthy development from the perspective of medical expenses. He reminded that health investment should be added as human beings pursuit health and longevity, which are somewhat "luxurious". In view of the aging problem, he proposed that the retirement policy should be changed from compulsory to voluntary choice, it be imperative to liberalize fertility, and that strengthening new medical technology should be the top priority to improve the social security system. During the discussion and Q&A session, Prof. Zhuo HUANG raised questions, including the most touching data and the most desired policy suggestions, to five speakers, who also responded to the questions from the audience and the media. The forum was sponsored by the think tank of the NSD, the PKU Center for Healthy Aging and Development and the Institute of Global Health and Development at Peking University, and co-sponsored by the Communication Center of the NSD, MBA Center and EMBA Center. Supported by Tencent News, China Business Journal, Cailianpress, Zhishi and other online platforms, the forum attracted more than 2 million online and offline audiences.