Prof. ZHA Daojiong: After All the Talk of US-China Decoupling, Why ‘Recoupling’ Makes Perfect Sense Now 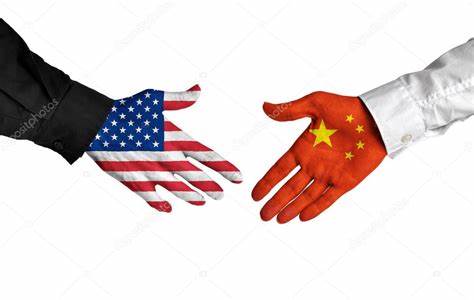 Can “recoupling” be an option in managing the volatilities in China-US economic ties? US Trade Representative Katherine Tai raised the idea earlier this month at a talk to unveil the results of the Biden administration’s review of Trump- era China trade policies. Chinese ambassador Qin Gang picked it up a few days later. But, realistically, how can the two economies “recouple”? Is the catchphrase even useful?

Let’s begin by going over the metaphors used to describe policy orientations. In discussing a country’s economic governance, both coupling and decoupling can be acceptable options. But the notion of decoupling becomes complex, and even contentious, when applied to managing bilateral ties.

The amount of government bonds, trade and investment that one country has with another can be changed through policy intervention. But to what extent such change is sensible in terms of promoting national growth is debatable. After all, financial markets are fluid, trade diversion is natural, and non-financial investments are conditioned by matching production capacities.

The prevailing sentiment in China about actions by the United States and others on ties with China is mixed. There is a wish for ironclad ties, particularly in science and technology. But there is also a fear that, with imported technologies, China could end up hooked to a domineering or single source of supply.

China’s emphasis on indigenous innovation while encouraging international cooperation shows its sensitivity to an economic coupling that may be too tight in some areas.

In some ways, “recoupling” is redundant when it comes to mapping the dynamics of ties between the world’s two largest economies. A country’s foreign economic policy is an extension of its domestic governance philosophies. As I see it, since 2017, there has been convergence in the ideational aspects of domestic economic governance in both China and the US.

For example, that economic security is national security has become accepted wisdom. This can be seen in the employment of sanctions and countersanctions in both countries, and even more broadly.

So-called industrial policy, traditionally a Chinese hallmark and an object of foreign criticism, is no longer viewed as taboo for the US. The promotion of domestic manufacturing through restrictions on imports can also be seen in the recent US decision to impose hefty duties on transport chassis from China, mostly made by China International Marine Containers Corporation (CIMC).

As one industry analysis has it, one option for CIMC is to source components from North America and assemble the chassis in its production plants in California and Virginia, thus increasing American industrial capacity in this particular product.

Over larger philosophical issues, the Chinese government justifies its recent spate of antitrust actions against major internet platform companies on the grounds of promoting “common prosperity”. Similar lines of thinking can be seen in the Biden administration’s seeming attraction to the “New Brandeis School” of economics, which sees excessive concentrations of private powers as bad for society as a whole.

So, after nearly six years of China-US decoupling talk, is “recoupling” a welcome change?

In a sense, we are already seeing a continuation of coupling at the market level between the two economies. Let me just mention three of them.

First, if we look at the sixfold increase in container shipping costs between Chinese ports and those on the US west coast from July last year to the peak in September this year, it is not difficult to conclude that the forces of supply and demand are powerfully at work.

Second, recent action taken by the US Securities and Exchange Commission, which is expected to affect the listings of many Chinese companies in the US, point to a de facto coupling in policy orientation with China’s.

The practice of Chinese variable interest enterprises (VIEs) listing in American financial markets – an arrangement that falls into a legal grey area in China – does need cooperative, if not necessarily collaborative, governmental oversight from both Beijing and Washington.

Third, both Beijing and Washington seem content to let the phase one trade deal inherited from the Trump years run its course. Under these circumstances, the best outcome is that any unilateral adjustment is reciprocated.

Make no mistake, the idea of “recoupling” is sensible.

With the global pharmaceutical production chains, both China and the US can leave well alone and show by example how technology can be used for the common good. No matter the acrimony over the political handling of the Covid-19 pandemic, both governments should create a favourable policy environment for their medicinal regulators and agencies to fully cooperate with each other, to assure the quality of traded ingredients and products.

Second, if the two governments can move towards convergence on the de minimis threshold in their respective national security reviews of the technology trade, it would help put “recoupling” into action.

Last, but not least, a bilateral investment treaty between China and the US, with the earliest discussions dating back to 1982, is still worth pursuing. If anything, rule-based environments for two-way investments flows “in China for China” and “in the US for the US” could contribute positively to both societies.

In China-US diplomacy, the framing of policy intent in broad strokes, such as “recoupling”, is useful and can even be consequential. But it is specific policy actions that truly carry weight. Positive recoupling is still an attainable goal, even when it comes from reciprocal unilateralism.

This article is based on his presentation at a webinar organised by the Institute of International and Strategic Studies, Peking University, and the Center for Strategic and International Studies, in Washington DC, on October 21