Kiru Sichoongwe: A Zambian Economist’s Experience in China During the Coronavirus Outbreak 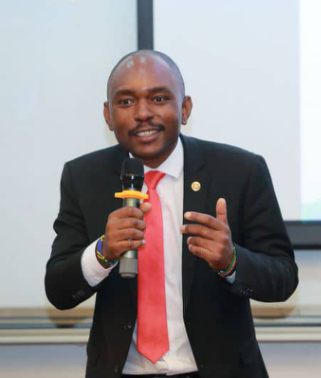 As a Zambia native and an economic enthusiastic, I had always dreamed of coming to the most prestigious university in China to study economics. In the summer of 2019, deeply indebted to the generous support from the Chinese Government, I saw my dream come true and I have been studying economics at ISSCAD at Peking University ever since. During the past half year, I enjoyed learning from the best professors, and I couldn't have asked for a more intellectual and supportive community. Life suddenly took a downturn when the coronavirus broke out and swept through China. I was deeply worried at the start, but got relieved as time went by. Going through the entire outbreak with the Chinese people in Beijing and witnessing how the government handled the epidemic have taught me more than any economic textbooks that I have read or classes I have taken.

I am absolutely amazed by the amount of resources that was pooled to handle the crisis in such a short period of time. Facing the shortage of medical supplies in Wuhan, the city with most cases, China's top officials requested the entire country to join the efforts to combat the virus. Is there any other country that could build a fully functional hospital within only 10 days? Not to mention the numbers of doctors and nurses who voluntarily gave up their time at home, said goodbye to their families and came to Wuhan to support local hospitals. I do not think the same thing would have happened in countries that overly emphasize individualism or personal freedom. All the joint efforts worked like magic: there have been no new cases since March 8 in cities other than Wuhan. I want to pay my deepest respect to everyone who worked so hard to get the outbreak under control within 6 weeks. Meanwhile, some western media portrayed China negatively the whole time. But having witnessed the effectiveness,

The author is a Zambian economist and a doctoral candidate of Economics at the Institute of South-South Cooperation and Development, Peking University.