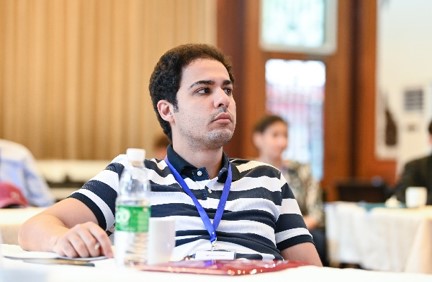 On August 20, 2020, Moroccan citizens awoke to the news that their Ministry of Health and the Chinese laboratory Sinopharm's subsidiary China National Biotech Group had signed a memorandum of understanding for clinical trials of its anti-COVID vaccine on 600 volunteers. The agreement also grants the country privileged access to the vaccine after the successful completion of phase-3 trials. This development offered the first glimmer of hope for a way out of the crisis in a country that has been severely hit by the pandemic, which has claimed more than 8,000 lives, while its GDP shrank by 6.6 percent. 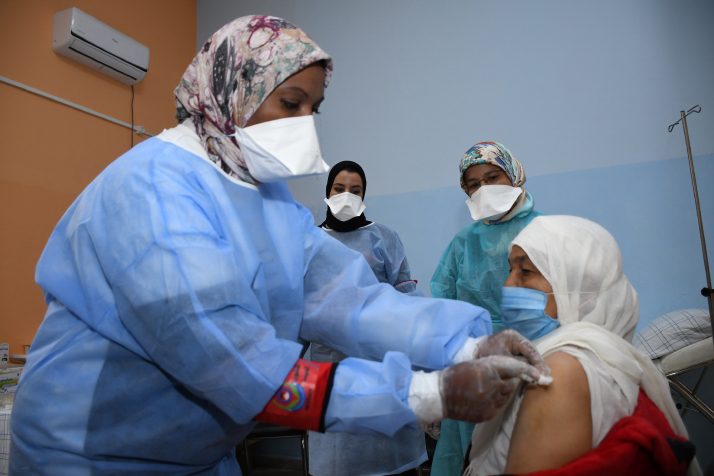 Far from being an ordinary trade agreement, this initiative is an act of political cooperation that transcends purely bilateral relations. In the words of Moroccan Minister of Foreign Affairs and International Cooperation Nasser Bourita, "We are today mapping out the contours of a pioneering and visionary relationship by paving the way to a strategic presence of Sinopharm in Morocco." Bourita said the cooperation will also be extended on a global level, reaching out to countries of the South and the North. The deal with Sinopharm includes technology transfer and the setting up of a production plant in Morocco, said Health Minister Khalid Ait Taleb.

The participation in this agreement of Sothema, a Moroccan pharmaceutical group with a substantial presence in Sub-Saharan Africa, and BMCE Bank of Africa, a Moroccan banking group with over 15 branches on the continent, indicates the two countries want to raise their level of cooperation to a continental level, with Morocco as a hub.

The links between Morocco and China are ancient, as attested by the memoirs of the Moroccan explorer Ibn Battuta (1304-1369), one of the few Arab explorers to have visited ancient China.

Formally established in 1958, diplomatic relations have been continuously consolidated, culminating in a joint declaration of strategic partnership announced during the visit of His Majesty King Mohammed VI to Beijing in 2016, which called for enhanced bilateral cooperation on several levels. The Kingdom of Morocco's formal participation in China's Belt and Road Initiative was announced in 2017.

On the economic level, Morocco has benefitted from several cooperation agreements, which included the implementation of flagship projects such as the construction in Rabat of the highest tower in Africa by China Communications Construction Co., and the development of an integrated industrial city near Tangiers, with an investment exceeding $10 billion. The future city will host a Sinopharm production facility for the COVID-19 vaccine to target Sub-Saharan markets.

Moreover, the impact of the pandemic has demonstrated the resilience of this strategic alliance. As soon as China declared a national health emergency, Morocco immediately mobilized the national airline Royal Air Maroc to transport medical protection equipment to China. Conversely, on March 22, 2020, Morocco received a cargo plane carrying Chinese donations (masks, ventilators and other medical equipment) to support its fight against COVID-19. 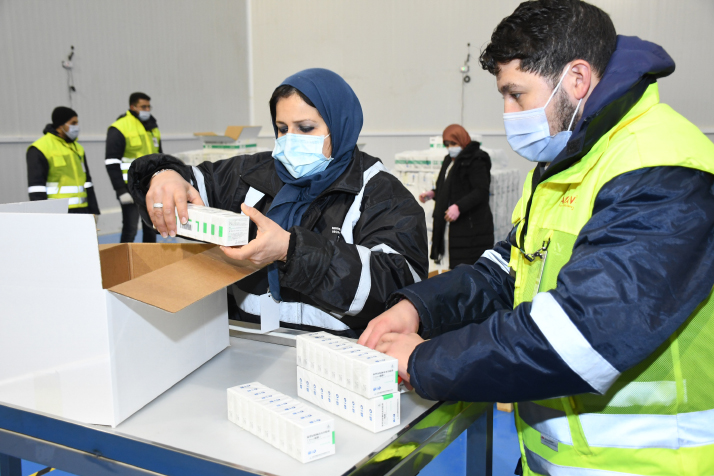 Since its return to the African Union in early 2017, Morocco has achieved diplomatic and economic breakthroughs in the continental markets. Between 2009 and 2019, Morocco's direct investments in Africa increased by 8.3 percent annually across 29 countries of the continent. These investments cover more than 13 sectors, including the pharmaceutical industry, as Sothema and Cooper Pharma, two Moroccan laboratories, have establishments in Senegal, Côte d'Ivoire, and Rwanda.

Morocco has demonstrated solidarity with the rest of Africa since the beginning of the pandemic. At the height of the health crisis, His Majesty King Mohammed VI gave the order to send medical equipment donations to 15 African countries across the five regions of the continent, reaching well beyond the kingdom's traditional allies in West Africa.

This reinforced South-South cooperation should be continued through the supply of vaccines against COVID-19 produced in Morocco. This is the stated ambition of Taleb, who said that the project "will enable the development of vaccines made in Morocco and ensure the country's self-sufficiency while supplying the African continent and neighboring Maghreb countries." He also designated the Mohammed VI Tangier Tech Industrial Estate (established with Sino-Moroccan capital) as its production center.

Late last year, Morocco was the first country in Africa to announce the launch of a mass vaccination campaign against COVID-19, following the positive results of the tests carried out jointly with Sinopharm. This pioneering initiative is in line with the effective pandemic mitigation strategy adopted by Morocco in March 2020. Despite the weight of the tourist sector in the economy (7 percent of the GDP), Morocco did not hesitate to close its borders as soon as the first cases appeared in the country. In parallel, strict confinement measures and a total mobilization of the pharmaceutical industry were implemented. The economic cost of these measures was considerable, but this strategy enabled the pandemic to be brought under control quickly.

According to the Moroccan Ministry of Health, the current campaign aims to attain herd immunity within three months by vaccinating 80 percent of Moroccans over 18 years of age, i.e., 20 million people. To meet this objective, Morocco has ordered 66 million doses of vaccine, including 40 million doses from Sinopharm and 26 million doses from the Swedish-British laboratory AstraZeneca. This vaccine will be provided free of charge to Moroccans on a voluntary basis. In addition, priority will be given to healthcare workers and vulnerable sections of the population (people over 65 or suffering from underlying health conditions).

Following the delivery of the vaccine, His Majesty King Mohammed VI officially launched the campaign on January 28 by receiving the very first dose of the vaccine. The mobilization is wide-ranging, with health professionals being supported by teams from the private sector and the armed forces to vaccinate more than 100,000 people a day. This unprecedented operation will undoubtedly strengthen the Sino-Moroccan strategic partnership and underline its depth, according to observers.