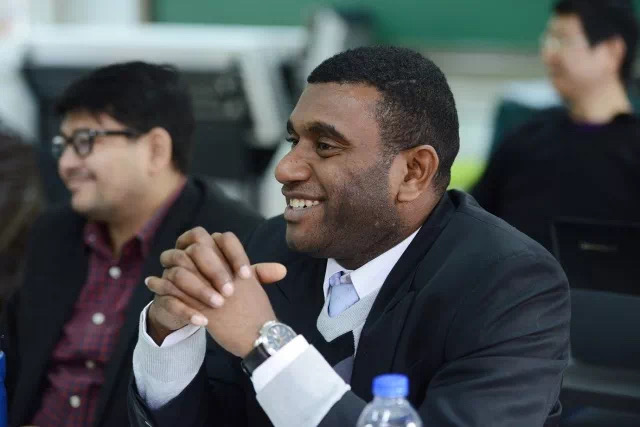 Some weeks ago an Australian Cabinet Minister appeared to be quite critical about China’s growing influence in the South Pacific region, placing it in light of China’s commercial diplomatic activities including contracts and economic development activities. Australia has a dense link to the Pacific region, let alone, Vanuatu and it remains a possibility that such criticisms [tinted with threat narratives] is relatively biased – Western framed against China’s efforts to help the struggling Pacific countries like Vanuatu.

While such criticisms are still afloat, this article intents not to draw any comparisons between what China is doing and what our traditional partners such as Australia, New Zealand, US, and France is doing, because I think they all should be given space to aid improve human development in Vanuatu. 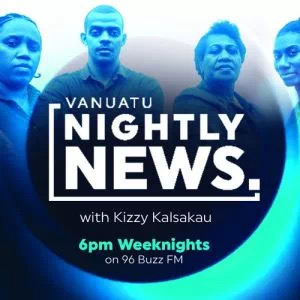 Australia’s foreign policy towards Vanuatu has all the good intentions and for geostrategic reasons such criticisms against China are understandably clear. Chinese President Xi Jinping responded to such ‘China threat-criticism’ rhetoric when he addressed the Australian Parliament in 2014, he said “As China continues to grow, some people start to worry. Some view China through tinted glasses and believe it will become a threat. They portray China as some kind of monster that will someday suck the soul out of the world. This portrayal could not be more ridiculous, yet regrettably some people never get tired of repeating it. It shows that prejudice is indeed hard to overcome. A review of human history tells us that what keeps people apart are not mountains, rivers or oceans, but a lack of mutual understanding.” It is indeed a lack of mutual understanding of China’s influence that sets the tone of such criticisms.

The rationale of China’s diplomatic efforts and foreign policy objectives in Vanuatu and other Pacific Island Forum countries was made known when the then Chinese Premier Wen Jiabao addressed the China–Pacific Island Countries Economic Development and Cooperation Forum on April 5, 2006 in Nadi. He said “As far as China is concerned, to foster friendship and cooperation with the Pacific island countries is not a diplomatic expediency. Rather, it is a strategic decision. China has proved and will continue to prove itself to be a sincere, trustworthy and reliable friend and partner of the Pacific island countries forever.” China’s engagements in Vanuatu is part of a grand strategy with good intentions and it is crucial that we understand this ‘strategic decision’ for our mutual understanding of China’s influence.

China like Vanuatu and other Pacific island countries, is still a developing country and is one that has experienced numerous aggressions in its history, and its political experiences has to a great extent influenced its current foreign policy. It pursues an independent Foreign Policy of Peace and a national foreign policy which is defensive in nature. History teaches us that China never declared war on any developing country. It has been called upon to play the mediator role amidst the growing tensions between North Korea and the US. It holds dear five crucial principles of peaceful coexistence and eight principles of foreign aid which to a large extent are critical elements of China’s foreign policy which I will not elaborate here.

Today China is the second largest economy in the world and is a rising global superpower. It is becoming economically powerful and is again trying to build its military to demonstrate its growing capability to contribute to international peace and maintain global order.

History teaches us that any rising power tends to exert tremendous power and influence beyond its territories. Such were the case of some European countries during the 18th century such as Great Britain, Prussia, Austria, Germany, France and so forth. Their global influence floundered our islands into colonial rule. Napoleon Bonaparte [French Revolutionary leader] once said this about China during this epoch in Europe: “Let her sleep, for when she awakes she will shake the World.”

It is perhaps safe to say that China has awaken. And Chinese people are striving to achieve the Chinese dream, which is the great renewal of the Chinese nation. The dream is about enhancing the strength and prosperity of the nation and the wellbeing of the Chinese people. China has set two goals for its future development. In the words of Chinese President Xi Jinping “The first is to double the 2010 GDP and per capita income of urban and rural residents and build a society of initial prosperity in all respects by 2020. The second is to turn China into a modern socialist country that is prosperous, democratic, culturally advanced and harmonious by the middle of the century.” To realise these goals, China has intensified comprehensive reforms and opening up, stays committed to socialism with Chinese features, invested heavily in its comparative advantages and natural endowments [economically viable sectors] - which are its manufacturing and labour-intensive sectors that enhances the competitiveness of its products and drives China’s economic miracle.

The Vanuatu government sees the economic opportunity in its relations with China and it seeks grants and special concessional loans to finance its transport and social infrastructures which could turn Vanuatu’s comparative advantages into its competitive advantages - Tourism, labour and agriculture sectors.

Both countries exchange high level visits and people to people conducts such as our Prime Minister, Ministers, and Parliamentarians visits, trainings of Vanuatu athletes who train in China for the 2017 Pacific Mini-Games, two Chinese Navy goodwill visit and ongoing Chinese technical teams visit to Vanuatu. China has-and-continue to organise high level number of seminars for our senior officials from both Government and Private Sectors. It has-and-continue to provide scholarships to Vanuatu nationals to study in China as well as provide trainings to our Police and VMF officers in various Military schools in China. These signify the good friendship between our two countries.

These projects and mutual relations reflect a ‘win-win’ situation in international relations between the two countries. China and Vanuatu are both developing countries, they do share common interest and understanding on the development needs that our country is facing and we acknowledge and reiterate the continuity of our support for ‘One China Policy’. As such, criticisms that these projects are debt-traps are a bit unfair on China, one of the very few countries that spoke in support of the decolonisation of the New Hebrides prior to independence.

With its adherence to its Confucius culture and socialistic ideals, China advocates for peace, development, cooperation and mutual benefit in this era of globalisation. If China continues to grow and exert its influence, we in Vanuatu must celebrate as an opportunity and align our interests accordingly and not perceive it as a threat. 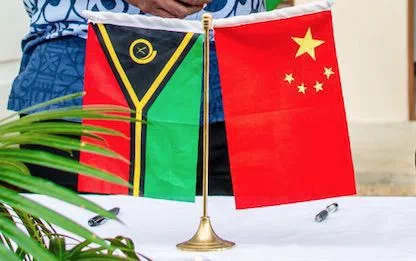