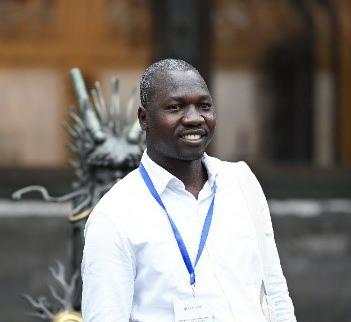 China as one of the communist stronghold nations, is perceived in a negative way due to the propagated and dominant disproval rating by its competitors from the capitalist nations. This perception has sometimes gained space in many peoples’ mind unless an individual is granted an opportunity to deeply interact with Chinese or visit China. For instance, before I went to China - every product including foods and services were called fakes. Through the same sort of conspiracy, all the Chinese made products were dictated to lower prices in comparison to goods and services from Europe and USA.

In South Sudan, the labeling of China’s products was even extended to humanitarian’s organizations, other business-related institutions and pharmaceutical stores. For example, two years ago - some donated rice from China to the needy people was suspected of being made out ofmade from plastic, or nicknamed plastic rice; consequently, even individual went as far as perceiving that when anyone could eat it, this could cause him/her terminal cancer.

Furthermore, Chinese made drugs were also called placebo, no drugs substance to cure anyone, in this context, no one was encouraged to go to China for any form of advanced treatment, but to India, Europe, USA and Middle East. Although part of this might be influenced by language barriers and the cost of air ticket to China; however, the fact remains that Chinese’ visa is more accessible than the one of the aforementioned countries. What does this tell us? Of course, it tells strong bilateral cooperation between two nations – South Sudan and China. In addition, through its International Cooperation, China has been providing short- and long-term training programs to South Sudan. In this juncture, it could also be an indicator that China is more sympathetic to many developing nations. Apart from economic and political description, other items including electronic equipment such as telephones, and others from China were also called toys. My belief was strongly cemented to accept this false as true.

Moreover, in term of bilateral relations between South Sudan and China, Chinese oil industries are known as a great link in different aspects of lives including being supportive to our economy through its revenues, and development to all residents and citizens of the country.

Changing my perspective point of views and previous assumption on China, I was very fortunate to get a chance to study, live, and to receive a healthy treatment by Chinese people during my tenure in Beijing and other parts of China. The image portrayed about China on social media and the reality on the ground were far from perfect! The stigmatization and stereotype widely spread of the goods and services provided from China of being fakes and not durable to exceed the warranty time, was also suddenly, dramatically, and comparatively changed with time that I dwelled there. One thing that I witnessed is that Chinese are more advanced in science and technology and this made customers to have choices of choosing what they want based on what they have. For this reason, majority of business peoplebusinesspeople from developing countries end up buying goods that have short lifespan in a cheap price simply because they lack better capital. When these goods are sold out, they stay briefly and fade away. As a result, customers will start talking about “Made in China.” If you critically look into such scenario, you would find out that it is an economic question and it should not be attributed to Chinese’ products.

In reality, Chinese products are more of equivalent values with other nations around the world and I like purchasing them for my personal purposes. To substantiate this, look at the back side of any Apple laptop computer – you will find that it’s written “designed by Apple in California Assembled in China” while Apple products are the most expensive and durable gadgets in the world. Thus, it implies that there is wide difference between perception and the reality about China. Furthermore, I realized that China, as one of the most populous nations is self-reliant, powerful in industries and its labor is so cheap to attract wealth making companies by preferring it for their business growths and profits making; unlike other supper nations that have expensive labor costs.

Culturally, Chinese are good people. During my doctoral coursework at Institute of South-South Cooperation and Development (ISSCAD) of Peking University, there was no separate class for International students. I was in the same class with Chinese students and I was freely interacting with them although time wasn’t in my favor to explore more. This shows that I had at least first-hand experience about China. I was introduced to family members by some of my Chinese colleagues and I was able to visit their places and shared some experiences.

In conclusion, apart from being developing country like South Sudan, Chinese have strong tradition of welcoming guests with much respect and this exactly the similarities between Chinese and South Sudanese. This article is a confession of my previous perception about China and Chinese before I visited China.