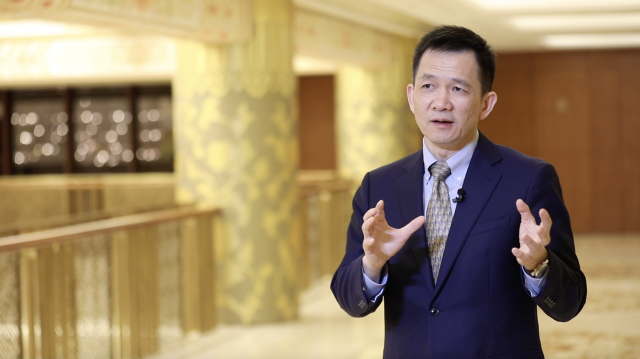 The technological competition between China and the U.S. may intensify in the future, said a top Chinese economist.

The Joe Biden administration will probably strengthen the cooperation between the two largest economies, but it will not change the confrontations on ideological, geopolitical and the technological side, said Yao Yang, dean of the National School of Development in Peking University, on the sidelines of the China Development Forum on Saturday.

Last year, Yao said in an interview with CGTN that China and the U.S. were already in a "new Cold War," and competition in technology would only intensify.

Till now, he's still sticking to the same notion, noting the difference between the U.S. trade tensions from the old Cold War and the new one is that it "was started by the Trump administration unilaterally."

"China does not want to engage in this new Cold War," Yao told CGTN on Saturday, "but the Trump administration wanted [it]."

However, looking from the two months since the Biden took office, Yao said "those competitions will be become more intensive in the future."