Although incumbent US President Joe Biden clearly recognized the necessity to reverse his predecessor approach and is expected to ratchet down unilateralism rhetoric in economic and trade area, he still stuck in a dilemma in terms of withdrawing from the global tariff war of the previous government. Relying on the relative strength of the US domestic consumer market and the scale of imports, the Trump administration frequently imposed unilateral tariffs on trading partners with various excuses. The victim countries of US' tariff war have filed lawsuits in the WTO. US disruption across global trade orders had invited wide questioning and criticisms. To return multilateralism and international rules, Biden administration needs to remove these tariff measures as soon as possible. The breadth of Trump's trade war is global, and China is the most important target. If Biden sincerely wants to reverse Trump's trade approach, the most convincing move would be cancelation of the tariffs against China. However, as the Biden administration still take China as its "most serious competitor," it is hard to expect that the new US government will soon make the necessary decision to cancel tariffs on China. In fact, Biden's team recently said that it would use "all available tools" to tackle China on trade. Treasury Secretary Janet Yellen last month also said the US will keep tariffs on China in place for now. The most possible cancellation in US' tariff in short- or mid-term would happen to its European ally countries. In the prospective of the establishment and the overall observation on global economic and trade interest structure, imposing tariffs on alliance countries is no different than self-destructive moves for the US. After Biden and EU Commission chief Ursula von der Leyen spoke on March 5, both sides agreed to suspend tariffs imposed on billions of dollars of imports in the long-standing Airbus-Boeing dispute for the next four months. The current dilemma for the US sits alongside technological factors influencing policy coordination, even if only make adjustments in tariff on its allies, it would still face domestic oppositions from the vested interests parties. In addition, domestic employment and the well-being of the middle class are important factors affecting the Biden administration's foreign economic and trade policies. Biden's assessment of the impact of trade policies no longer considers consumer welfare and producer employment effects to be equal, which will also restrict relevant policy choices.

However, the difficulty of this issue is relatively limited. Biden's economic and trade team's withdrawal or adjustment of the tariff measures against the EU and other allies may come as a component of its policy of repairing and strengthening cooperation with allies. If the tariff cancellation becomes politically unpalatable, the US government may consider expand or relax exemption of tariffs, in fact to achieve the intention of partial cancelation of tariffs in disguise. 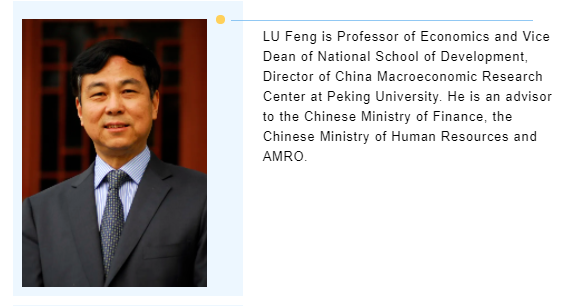