This article is compiled based on the speech of Prof. Jintao Xu at the 56th Symposium of China Economic Survey, themed "Policy and Economy after the Two Sessions (NPC and CPPCC)”, organized by the National School of Development. Prof. Xu is Professor of Economics and Associate Dean of the National School of Development; he also teaches Macroeconomics at the Institute of South-South Cooperation and Development at Peking University. 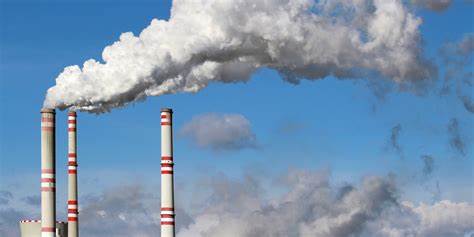 The Conference of the Parties to the United Nations Framework Convention on Climate Change (World Climate Conference) held in Paris in 2015 had two major outcomes: first, the Conference participants generally agreed to limit the rise of the global surface temperature within 1.5 degrees to 2 degrees Celsius by the end of the century; second, major emitting countries all made their own pledges to reduce carbon emissions.

This is a milestone in the climate negotiations, but there are also regrets that if the autonomous emission reduction commitments of major emitters stay at the level of 2015, it will be impossible to control the global warming to 2 degrees or 1.5 degrees Celsius before year 2100, and it is very likely that the warming will reach 3-6 degrees.

Therefore, the Conference proposed the goal that by 2020, major emitters shall recalculate and redesign their reduction proposals in order to realize the more aggressive goal of 1.5 to 2 degree Celsius, in order to truly achieve the temperature control target.

China is the world's top emitter, accounting for about 30 percent of global emissions each year, and China's carbon emissions are of the most concern to the global community. Without particularly aggressive action from China, the global climate action goals are hardly achievable. So for the results of the Paris Conference of the Parties to be sustained and for all of humanity to curb global climate change, China must play a particularly important role, even a leading role.

In 2020, President Xi made two commitments at the UN General Assembly: the first is that by 2030, China will peak its carbon emissions ahead of the timeline committed in the Paris commitments; the second is that China will propose an endpoint scenario, that is, China will be carbon neutral by 2060. Carbon neutral means that on top of significant emission reductions, the remaining emissions can be completely absorbed by the ecosystem.

This is an epoch-making commitment.

Is the Chinese society ready? I think there are still some catching up to do. The various scenarios and roadmaps previously proposed by many energy and climate experts are rather conservative now compared to the carbon peak and carbon neutrality commitments. Therefore, Chinese society, especially the core sectors such as energy and climate, will be under unprecedented pressure. To achieve the peak and neutral carbon targets, China will have to undergo a very dramatic shift in its growth model, and these two targets will create a push-back mechanism, forcing these industries to grow quickly.

These goals are well-reflected in the 14th Five-Year Plan and the Government Working Report, and on March 15, 2021, when President Xi attended the Central Financial and Economic Conference, he raised specific requirements for achieving the carbon peak and carbon neutrality goals.

To achieve these two goals, the Chinese government and society as a whole need to act in unison. To succeed in the economic growth model transformation, China will have to undergo profound adjustments in its economic structure.

Transformation in The Energy Structure

President Xi said in the Central Finance and Economics Commission that during the 14th Five-Year Plan, a renewable energy-based energy system be established, which is a very ambitious goal.

Four or five years ago, when I had a meeting with energy experts. I asked them the possibility of China solely relying on renewable energy by 2050 as this goal has been articulated by many European countries repeatedly, Many experts were doubtful as China was known to rely deeply on coal and China’s industrial, energy, and finance sectors were all highly dependent on coal. It would be very difficult to reduce coal consumption to 20 to 30% of the overall energy structure. However, in this 14th Five-Year Plan and at the Central Finance and Economics Commissions, President Xi has again, made such requirement.

Therefore, China faces a great challenge of energy structure adjustment. Thanks to China’s rapid development in renewable energy and policy changes in the past two and three years. In the past, electricity price was benchmarked whereas now it is openly-bided. The contribution costs of new-energy-generated electricity  have thus decreased a lot.

With good supporting policies, China’s renewable energy industry has made great progresses. The goal of increasing the proportion of renewable energy in the energy structure is likely to be achieved if  systematic obstacles can be overcame, such as  Regional difficulty in implementation.

Recently, the country is also in the establishment of a unified electricity market, while the development of distributed energy, in general, energy policy is becoming increasingly open and flexible, which is very necessary for the development of renewable energy.

The Role of Carbon Neutral Ecosystems

We had the promise of human afforestation before, but that was more of the icing on the cake and did not count towards China's overall emissions reduction achievements.

China’s forest resources coverage and storage are both continuously growing, which is extremely unique in developing countries. China’s forests have absorbed large amount of carbon dioxide. As China is jointly considering the impact of ecosystem development, ecosystem recovery and industrial emission reduction, it provides us with a larger set of tools for actions relating climate control, at the same time, reducing  societal carbon reduction costs.

China, in this aspect, has a big comparative advantage. We have no reason not to attach importance to the potential of the ecosystem , but in hopes of realizing the entirety of it, there are still some systematic issues need to be addressed.

In the past, environmental protection relied mainly on administrative means, such as the "Operation Zero" to combat water pollution in the 1990s, the "shutdown of the fifteen small", the "11th Five-Year Plan" to reduce energy consumption, and the environmental protection inspections of the previous years, characterized by relying on "shutdown and transfer" and other administrative means. Benefits of such methods are quick results in short time, while the disadvantages being high social costs and likelihood to reoccur.

The impact of the measures was largely felt in Beijing. Not long ago, many think that the Blue Sky Protection Campaign has had a remarkable victory, but the heavy pollution happened during the Two Sessions in 2021 showed that the battle is far from being won, and compromised if the current measures not sustained.

Environmental policy measures from now on may have to go through  big transformations. During the 14 Five-Year Plan, China’s economic development is still under tremendous pressure, and together with environmental protection measures  especially the promise on carbon peak, the conflict between development and emission reduction will become unprecedentedly prominent.

To mitigate the conflict, the best methodology is to utilize economic policies, which have the lowest social costs. It is more sustainable and  is less likely to rebound. Therefore, during the implementation of the 14 Five-Year Plan, it is suggested that the government should attach more importance to the use of economic policy. In fact, we already have had many policies in place, however, what’s needed is for the environment and energy bureaus  to change their perspectives, to utilize economic policies as an essential tool to achieve carbon neutrality and carbon peak. Rather than relying on the traditional methods of administrative policies, nor by redistribution of resources or other rather conservative methods. 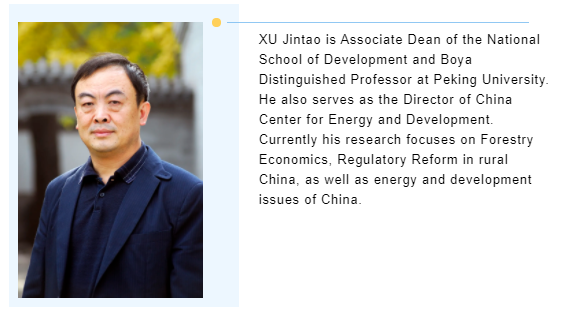