China's digital currency is not only aimed at playing a bigger role in the international monetary system, but also as means of safeguarding the country's financial security.

E-CNY is a sovereign digital currency being floated by the People's Bank of China, the country's central bank. It mainly aims to replace M0－the cash in circulation, rather than replacing deposits in banks (M1 and M2). There won't be a large amount of deposits converting to e-CNY as holding e-CNY won't bear any interest. As authorized agencies, some commercial banks will develop their own digital currency wallets and participate in e-CNY operations. Individuals cannot bypass authorized agencies to directly exchange e-CNY at the central bank.

Users utilize such ecosystems to arrange their daily life, from buying air tickets to booking hotels, and from paying electricity bills to hailing taxies. Although the central bank intends to encourage commercial banks to compete with the two mobile payment giants, in providing digital wallet services, it will be difficult for commercial banks to retain active users and become strong competitors unless they build a whole ecosystem that's appealing to users.

Even if e-CNY secures a landslide victory in the digital payment market, it does not mean Alipay and WeChat Pay will exit the market. What's more likely to happen is that e-CNY becomes a new addition to users' mobile wallets.

Promoting the renminbi's internationalization and competing in the global arena of central bank digital currencies are targeted at playing a role in the international monetary system, and also serve as an important means of safeguarding the country's financial security. A major reason for some developing countries' international payment crises is a currency mismatch between their assets, which are denominated in their domestic currency, and their liabilities that are, mainly denominated in the US dollar. Once global confidence in a country's domestic currency is undermined, the currency will sharply depreciate, resulting in insolvency and a financial crisis. One of the major goals for the internationalization of the renminbi is to make both sides of the balance sheet (assets and liabilities) renminbi-denominated. 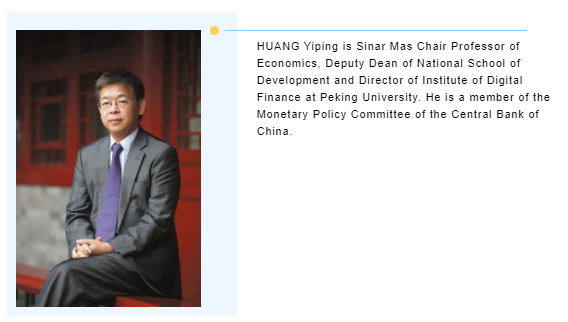