Today, I would like to discuss the development, conceptual framework, evolution history and new trends of global industrial zones, as well as the development of industrial zones in China and Africa and some of the Chinese experiences that might be applicable to Africa. In addition, I will also share some important lessons learned in the journey of development.

The global landscape of industrial zones has expanded significantly from 1975 with 79 zones in 29 countries to over 5000 zones in 147 countries today. Asia still has the largest number and the biggest share of the global industrial zones, and China alone has more than 2500. The fast growth in the number of industrial parks and zones is mostly due to the accelerated industrialization in line with the country’s development, and in respond to the increasing competition to creating a viable market environment to attract businesses and foreign investments. 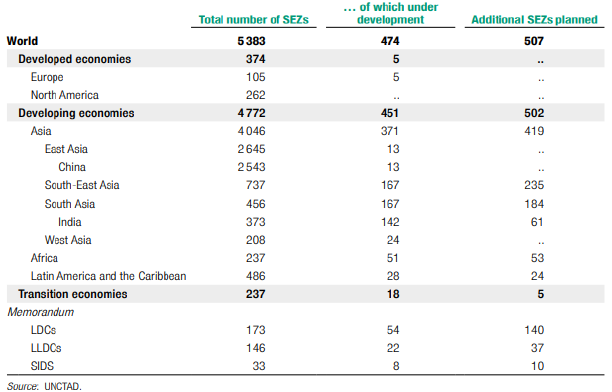 I would like to introduce the conceptual framework of industrial parks and zones here. Under the umbrella definition of comprehensive industrial zone infrastructure, it can be boiled down to two categories: special economic zones (SEZ) and industrial parks. The main difference between the two is that SEZs often have special institutions and legal systems and specialized customs services, while industrial parks do not.

How can SEZs and industrial parks drive economic transformation? From an economic perspective, these industrial zones are a national policy aimed at helping local economies integrate into the global value chain leveraging foreign direct investment, while creating a favorable business environment within the area. It helps to overcome market and government inefficiencies in industrial development. The success of the industrial parks can generate a series of industrial agglomeration and spillover effects, such as technology transfer, skill upgrading, backward and forward association of industries and improvement of productivity. In addition, SEZs can promote investment, expand exports, improve industry competitiveness, and bring forward more quality jobs. At the World Bank, we use the JET (Employment and Economic Transformation) framework to describe these possible outcomes.

The development trend and evolution of global industrial zones

There are some new global trends observed in industrial zones. As the climate change is becoming the top agenda for all countries, the ability to achieve sustainable development has become an integral part of any industrial zone operations and led to an increasing demand for eco-industrial parks. The zones have also gone digital. Many industrial zones begin to adopt digital solutions for the zone management services. Moreover, they are going borderless and becoming more integrated with the cities' development plans.

Industrial Zones in Africa and China

Now let’s have a look at Africa's industrial zones which are now generally underperforming. About 60% of Africa’s 240 industrial zones were only enacted during the past two decades. Among them, approximately 40% have less 25% of occupancy rate, and only about 15% are operating in the full capacity. The number of businesses attracted and jobs created in the region are common indicators of its performance. Generally speaking, African industrial zones and parks are making contributions, but are still not impressive by the international standard. They are growing in number and changing in nature, though the ability to attract firms and create jobs has been rather limited. Governance policies have displayed high reliance on fiscal incentives and supporting measures. 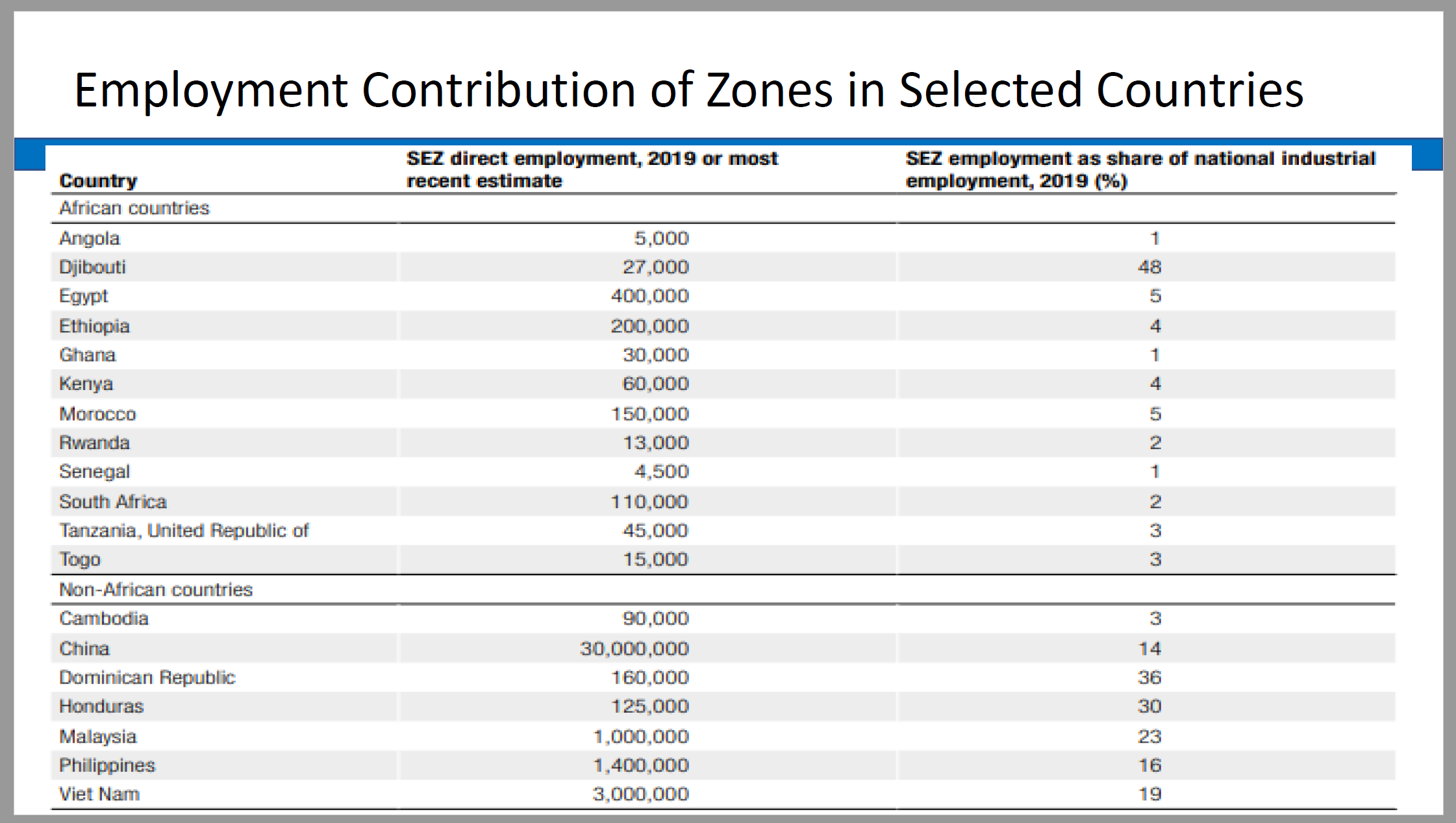 Now let’s look at China. From 1980s to 2017, China has established 500 national level industrial zones. By 2016, these areas accounted for 60% national GDP, a substantial increase from 22% in 2011. The areas have brought in 46% of FDI, 60% of exports and created 30 million jobs. Industrial parks in places like Shenzhen and Suzhou have not only contributed to economic growth and institutional reforms, but also contributed to the overall development of cities and societies. China is dedicated to the construction of Eco-Industrial Parks (EIP). Today, more than 300 EIPs have made contributions to environment protection by reducing energy consumption, cutting down land and freshwater used per unit of industrial value added, increasing industrial water reuse rate and by promoting the comprehensive utilization rate of industrial solid waste. Some of the EIPs with the best outcomes are located in Beijing, Tianjin, and Kunshan, etc. 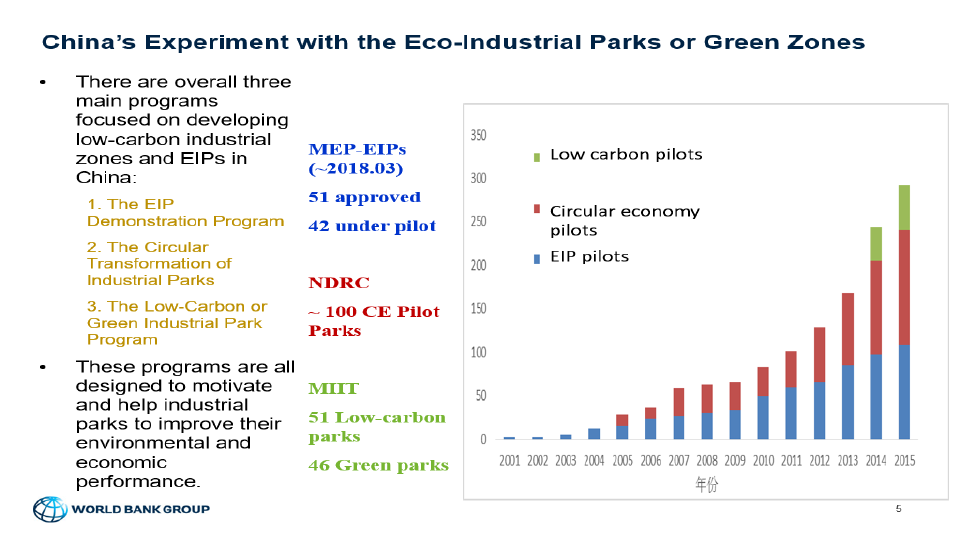 Experiences and Messages from China to Africa

What are some of the Chinese experiences that might be applicable to Africa? First, the industrial zone programs should be integrated as part of the national development strategy. Secondly, a conducive legal, regulatory framework and effective institutions should be established with strong and long-term government commitment, to cultivate a better, more friendly business environment inside these areas. Additionally, infrastructures like hydropower and electricity need to be well established and secured to fulfill business needs. Moreover, skills training and technology transfer is of great significance for the long-term viability and sustainability of the zones. Lastly, better linkages should be established between the industrial zones and the local economies.

There are some additions and subtractions that requires concerted efforts from all parties. The additions include choosing the right location for the industrial zones; Fostering a lively business environment with a reform-oriented mindset; Driving up market competitiveness through a rigorous evaluations of market demand; Maximizing the positive spillovers through an inclusive and sustainable approach. On the other hand, the subtractions include lack of strategic planning and demand driven approach; Failing to address the critical market issues and government ineffectiveness (such as poor infrastructure and government coordination); Poor policy and legal instruments and stalled implementation of policies; Inability to mitigate the environmental and social risks.

It is equally important to understand that industrial zones are of high risk and high reward in nature, and the devil is in the implementation details. It takes time to materialize and mature into positive results. As a policy instrument, there is no good or bad, rather, it all depends on how it is planned, designed, implemented. So far, the results of industrial zones are mixed globally, and there is no one-size-fits-all approach. It is indeed necessary to construct industrial parks to fit for purpose, to truly unleash the potential and contribute to national development. 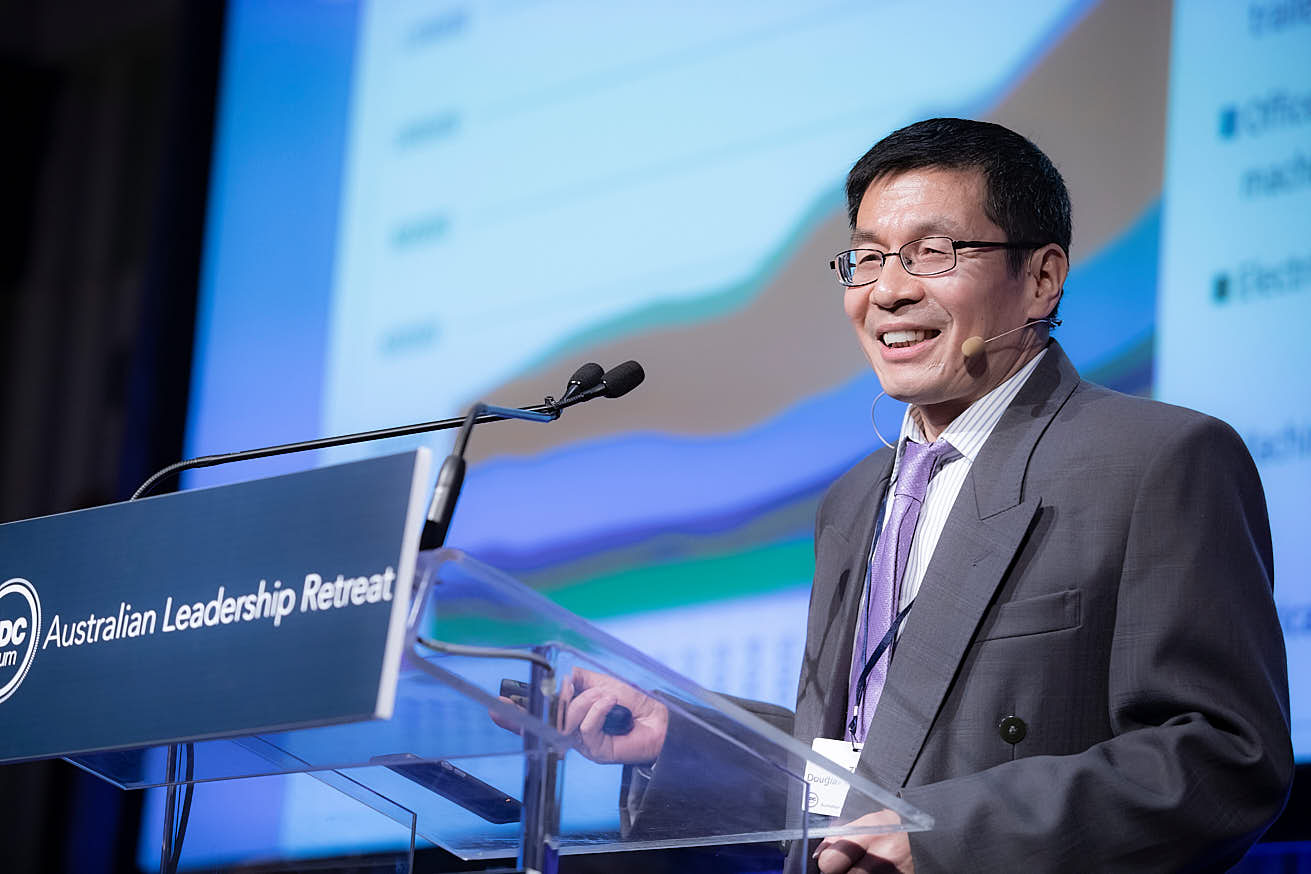 Senior Economist with the Trade and Competitiveness Global Practice at the World Bank Group.